American Apparel CEO to meet with Fil-Ams on Charney slurs

West Bay Multi-Service Center Executive Director asked for a meeting with American Apparel executives and threatened a boycott of the company’s products and a lawsuit on behalf of all former and current Filipino employees “who were subjected to this discrimination.”

Charney’s derogatory statements appeared in court documents filed by American Apparel’s current executives in response to his defamation lawsuit against them.

Explaining why Charney was fired a year ago, the firm’s internal investigation alleged his sexual misconduct with employees and derogatory remarks including telling some Filipino workers that they were “Filipino pigs…with your faces in the trough.”

He also reportedly told his Filipino staff he would be their “Ferdinand Marcos” and he would tell them what to do.

” While we are pleased that your company took immediate steps to fire Mr. Charney, we are alarmed that it took so long to take this action, allowing Mr. Charney to persist in his blatant racism towards minorities, including Filipino Americans, in your company,” Zalvidea-Araullo wrote to new American Apparel CEO Paula Schneider. 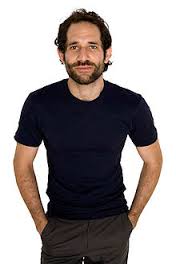 “We need input. This is one of the ways that American Apparel can make amends,” Zalvidea Araullo said.  Her group asked for the following:

West Bay, however, applauded “American Apparel’s attempts to move forward as a leader in ethical practices in your industry.”

Zalvidea-Araullo added, however, “We know you understand that you cannot do this, however, without addressing your company’s past history of egregious racism, sexism and worker exploitation.”

Schneider promptly responded, writing to Zalvidea-Araullo that she “welcome[d] the opportunity to create a dialogue with you around the importance of respect and a workplace free from harassment, bullying, and intimidation, and which promotes fair treatment of employees.”

Schneider said she “was looking forward to talking through some of the proactive initiatives we have put in place, and to maintaining an ongoing dialogue with West Bay Pilipino Multi Service Center.”

She promised “to make time to have a meaningful discussion.”