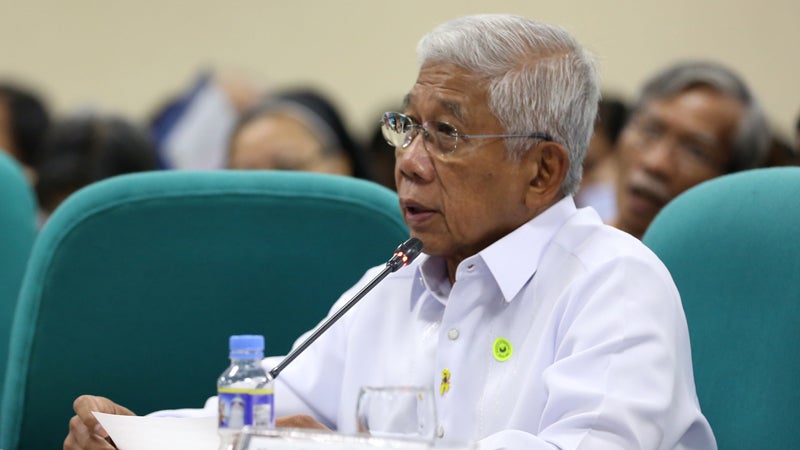 Defense Secretary Voltaire Gazmin on Wednesday said there had been an “increasing convergence” of the security concerns of the Philippines and Japan as he stressed the need for a Visiting Forces Agreement (VFA) with Tokyo that would clear the way for greater cooperation.

The Philippines and Japan agreed to open talks toward the conclusion of a VFA during President Aquino’s visit to Tokyo earlier this month.

“The agreement is to start discussions and it will be about transfer of equipment and technology,” Gazmin said during a roundtable about a VFA with Japan organized by the Pimentel Institute for Leadership and Governance at Club Filipino in San Juan City.

It will take time

Gazmin said it would take time to conclude a VFA with Japan.

He pointed out that the Philippines’ VFA with Australia took seven years to complete.

“It will be not be completed under President Aquino’s administration,” he said.

The call for a VFA with Japan came after criticisms of the joint air and naval drills between Philippine and Japanese forces in Palawan province, which ended yesterday.

Critics of the drills claimed the exercises were unconstitutional because the Philippines and Japan had no Senate-ratified treaty allowing the presence of Japanese forces in Philippine territory.

Gazmin said a VFA with Japan would not repeat flaws in the VFA with the United States.

He conceded that one of the flaws in the US agreement is giving the United States sole jurisdiction over participating American troops who commit criminal offenses during training here.

Gazmin said a meeting between officials of the Department of Foreign Affairs and other agencies concerned would start the preliminary talks toward the conclusion of a VFA with Japan.

The agreement will go through the constitutional process, including ratification by the Senate, he said.

Asked why the Philippines wanted a strong defense alliance with Japan only now, Gazmin said both countries had been exploring ways to strengthen their defenses.

He stressed, however, that a VFA with Japan would not be directed against any country, although talks for such a deal came as China was aggressively asserting its claim to almost all of the 3.5-million-square-kilometer South China Sea, including waters within the Philippines’ 370-kilometer exclusive economic zone.

Gazmin said both the Philippines and Japan were alarmed over a “common neighbor,” without mentioning China

“The maritime challenges both our countries face place both of us almost in the same boat, with a common neighbor causing alarm and concern for both of us,” he said.

Gazmin said deepening the country’s bilateral relationship with Japan had always been a thrust of President Aquino, “knowing too well that today’s strategic environment necessitates collaboration and cooperation with regional countries.”

He said the Philippines considered China a security threat because of its aggressive posturing in the South China Sea.