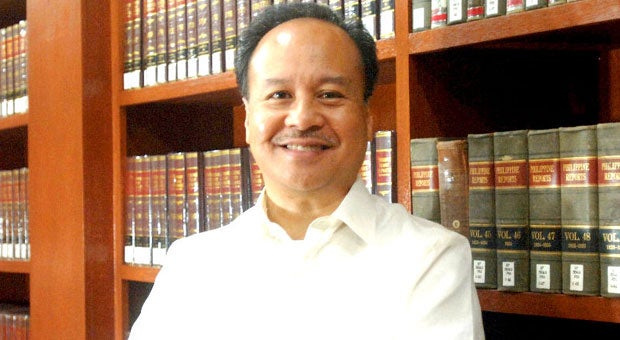 Dr. Raul Pangalangan, former dean of the University of the Philippines’ College of Law, was elected judge to the International Criminal Court (ICC) on Wednesday.

The states parties of the International Criminal Court met at The Hague in the Netherlands to elect Pangalangan over Jordan’s Dr. Ibrahim Aljazy, who is also a law dean.

The 123-member states parties set aside two days for the voting. Pangalangan secured his majority vote after garnering 59 votes in the second round of voting and was immediately declared winner.

Pangalangan, who is also publisher of the Philippine Daily Inquirer, will fill up the seat vacated by Sen. Miriam Defensor-Santiago. She resigned from the ICC in June 2014 due to health reasons.

The ICC is an intergovernmental organization established “to help end impunity for the perpetrators of the most serious crimes of concern to the international community.”

Governed by the international treaty known as the Rome Statute, the ICC began its work in 2002.

Pangalangan himself was a Philippine delegate to the drafting of the Rome Statute and its subsequent amendments.

After facing intensive qualification review and face-to-face interviews, the committee tasked at reviewing candidates concluded that Pangalangan has “considerable knowledge of and established competence in international humanitarian law and the law of human rights, areas on which he had been focusing throughout his career.”

The panel further recognized his stint as professor of law in institutions such as the Harvard Law School, The Hague Academy of International Law, Irish Centre for Human Rights, and Thessaloniki Institute of International Public Law and International Relations.

Pangalangan will hold office until 2021. TVJ