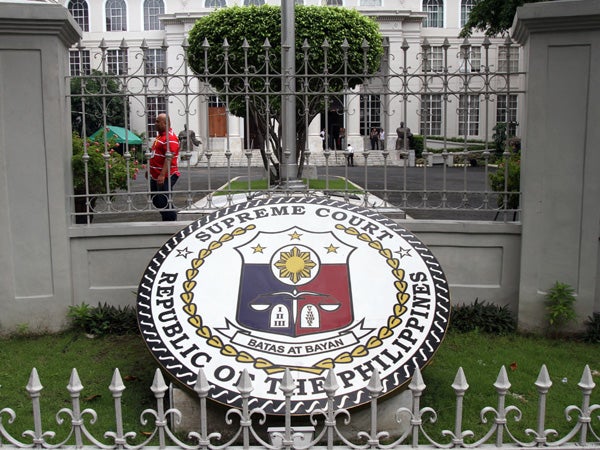 The Supreme Court has ordered the filing of administrative charges against the judge who ignored the high tribunal’s orders on the detention of a South Korean contractor, who worked for the Iglesia ni Cristo (INC) in building the Philippine Arena.

Facing an administrative case is Manila Regional Trial Court (MTC) Judge Paulino Gallegos, who granted the writ of amparo to Ja Hoon Ku, whom the South Korean embassy says is wanted in their country for stealing $200 million.

Ku was arrested by the Bureau of Immigration (BI) on January 16, 2014, on the request of the embassy.

The South Korean fugitive sought a writ of amparo from the MTC, claiming that his life was in danger from being pursued by the government.

Less than two weeks later, on January 28, Gallegos granted the writ to Ku and ordered his transfer to the custody of the Philippine National Police-Security and Protection Group, which the judge mandated to protect the foreigner and his family.

However, Gallegos ruled that Mison’s petition was without merit, ignoring the ruling of the high tribunal.

The Supreme Court saw the defiance of Gallegos as disrespecting an order of the country’s highest court.

“A resolution of the Supreme Court should not be construed as a mere request, and should be complied with promptly and completely. Such failure to comply accordingly betrays not only a recalcitrant streak in character, but also disrespect for the Court’s lawful order and directive,” the high court said.

“Judge Gallegos should know that judges must respect the orders and decisions of higher tribunals, especially the Supreme Court from which all other courts take their bearings,” it added.

The high tribunal continued, “When the judge himself becomes the transgressor of the law which he is sworn to apply, he places his office in disrepute, encourages disrespect for the law and impairs public confidence in the integrity of the judiciary itself.”