Mexican Horacio Hernandez Herrera, the suspected member of international drug syndicate Sinaloa Cartel, on Wednesday pleaded not guilty of selling around P12-million worth of cocaine.

During the arraignment, Makati City Regional Trial Court Branch 63 Judge Tranquil Salvador Jr. denied the bid of the defense to reschedule the arraignment on the ground that the lawyer was hired only on Tuesday, June 16.

“We need to study the case. This is the first time we saw records of the case,” Atty. Alexander Acain, Herrera’s lawyer, said, adding that they need to exhaust all possible remedies before an arraignment.

But Assistant State Prosecutor Juan Pedro Navera said “the period to be able to exhaust all remedies before an arraignment has lapsed.” 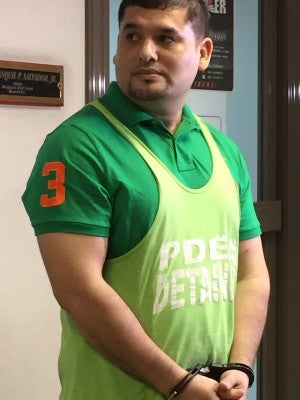 Atty. Acain said they need to file a motion on suppression of evidence.

But the court said the motion can be filed even if the arraignment pushes through.

After Herrera had pleaded not guilty, the court set the pre-trial of the case on Sept. 3.

Herrera is facing a case for violation of Republic Act 9165 or the Comprehensive Dangerous Drugs Act of 2002 specifically Section 5 Article II of RA 9165 for selling 2,265 grams of cocaine. IDL