Deployment of Filipino domestic workers down by 20%, says POEA 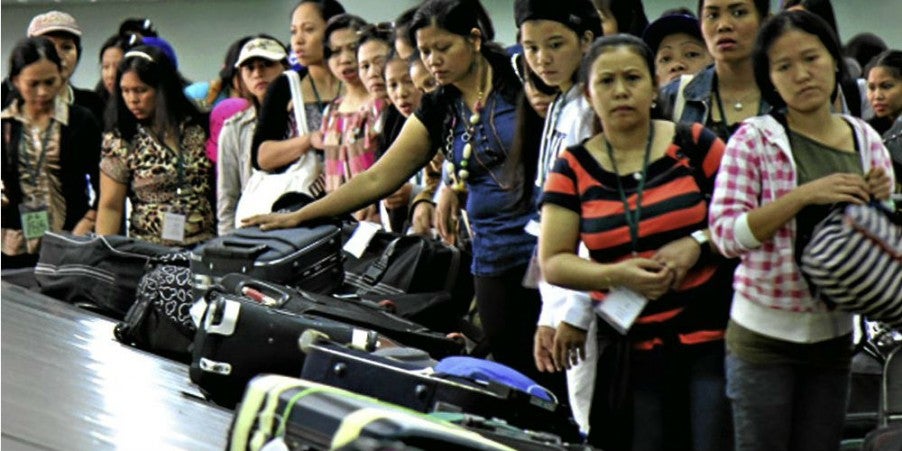 The deployment of overseas Filipino workers (OFWs) working as household helpers went down by 20 percent in the first five months of 2015 compared to last year’s data, the Philippine Overseas Employment Administration (POEA) said on Tuesday.

From January to May 2015, POEA said the number of deployed domestic workers from the Philippines decreased from 70,034 to 55,961.

In a statement, Labor Secretary Rosalinda Baldoz welcomed the report and linked the decrease to the government’s reforms in advancing the welfare and protection of OFWs, particularly those who are “vulnerable and prone to abuses.”

Aside from protective measures like standard employment contracts providing minimum wage of $400 a month, no placement fee policy, and mandatory training, Baldoz said the significant change in data could also be attributed to “strict approval of job orders.”

The statement said the labor secretary required Philippine overseas labor offices in countries where Filipino domestic workers were being deployed to align their training programs with the regulations of the Technical Educational and Skills Development Authority (Tesda).

“Baldoz also ordered an on-site skills assessment and certification so that household workers, especially those who are distressed and sheltered at the Filipino Workers Resource Center, can upgrade their skills and consider the option of taking up occupations with higher pay outside of their home-based domestic work,” it added. RC