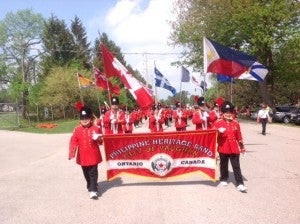 VAUGHAN, Ontario — Nothing evokes the fiesta spirit better for Filipino expatriates than the stirring rhythms of a brass marching band.   And that is exactly what the Philippine Heritage Band (PHB), based in Vaughan, serves up every time, to everyone’s delight.

Homesick Filipino Canadians are not the only ones who enjoy the festive tunes that PHB band members play while smartly decked out in their formal uniforms.  PHB appeals to a wide audience.

“We have 15 yearly ‘gigs’, which include the world famous Toronto Santa Claus parade in December that is broadcast to a global audience of millions, and the biggest Bavarian festival parade in Canada–Kitchener-Waterloo’s Oktoberfest parade on Thanksgiving Day,” says founder Oscar Farinas. 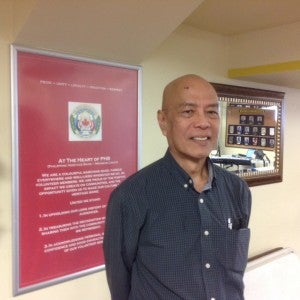 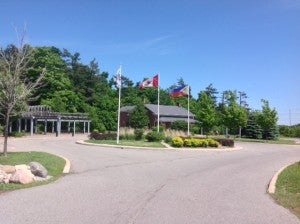 The town of Woodstock invites PHB to join their Victoria Day parade every year, and paid engagements like these “make the band self-sustaining, in addition to making PHB more widely known and financially stable,” Farinas states.

“All these parades yield us good income.  We are headed to the Adirondacks of New York and Vermont first week in July for five days to perform in four independence day parades there,” the PHB founder shares.

“But although the regular parades assist our bottom line, our income is not enough to sustain our operations, given the magnitude of our programs,” Farinas hastens to add,

“We have an edge marching in parades because we perform to a huge, open-air audience, exposing these greater communities to our Filipino culture,” Farinas adds. 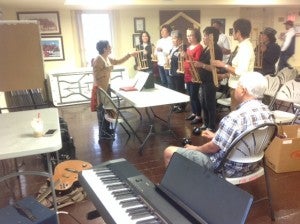 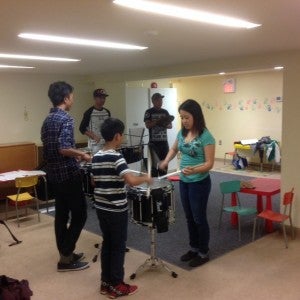 Aside from the core group of the marching/concert band, PHB has parents’ ensembles–angklung and choral.  “We also conduct special programs like health and wellness, yoga and computer literacy, among others, spearheaded by our president Carol Banez,” Farinas says.

To assist in raising funds for their operations and special projects, PHB holds three fund raising dinner-dances a year, in addition to periodic casino runs and bowl-a-thons.

“We also have regular supporters who donate money.  We actively look for sponsors.  PHB recently purchased an equipment truck with $40,000 in a single donation and $20,000 from our own funds,”  Farinas reports. “We owe a great deal from the couple who donated the money and would love to name them, but they want to remain anonymous. They saved us from at least two years of massive fund raising.”

He says, “Parents consider PHB as a developmental training ground for their children, and a place for parents to further their knowledge and broaden their horizons.  Parents also have a place in the band as performers or supporters.”

Onlookers admiring the military precision and flawless playing of the band may not realize that PHB owes its start in 1980 to Oscar Farinas, who arrived in Toronto, Canada in May 1974.  Oscar and his wife, Shoney, attended a Philippine Independence Day celebration in June 1980 hosted by a local Filipino store, and Oscar dreamt of forming a brass band that could add grandeur and fervor to such patriotic events. 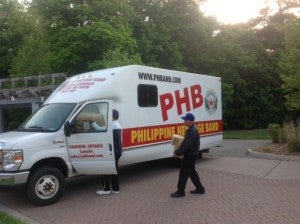 Band’s van being loaded as it prepares for a performance in the town of Woodstock.

The years passed and the band grew from a dedicated start-up corps of 13 members to an organization that now numbers more than 100, with 75 musicians and 25 more that perform as majorettes and color guards.  “And this did not even include support teams,” explains Farinas.

“Parents took over management positions and formed working boards, which broadened PHB’s base and opened opportunities including performances in the US and in the Philippines.  PHB was judged Best Band in many of them,” he adds proudly.

Headquarters of its own

Securing its own headquarters in 2002 is a highlight of PHB history.  From the band’s humble beginnings practicing in whatever venues could be had, PHB now has its own facility in Vaughan, in a heritage structure known as the Baker House.  Built around 1853, the two-storey house was owned by the City of Vaughan and is one building in its inventory of heritage properties.

“The Raccos are not only close friends of Bert and Aurelia de Lara, but they were impressed by the dedication of the de Laras to PHB and their love for the community of Vaughan,” he adds.

Councillor Racco suggested that PHB submit a proposal to the council of the City of Vaughan on how PHB could use the facility while conserving the character of the heritage building for future generations.

PHB President Carol Banez and Aurelia de Lara submitted a proposal and tapped the Ontario Trillium Foundation, an agency of the province of Ontario, for funds to help construct a new basement and other improvements.  Carol and Danny Raralio prepared the application and Trillium approved a grant that PHB used as down payment for the property.  The balance owed to the city was spread over a 20-year period.

Today, PHB House stands as the centerpiece of fully developed Sugar Bush Heritage Park near Highway 7 and Thornhill Woods Drive.  The focal point at the park are three flags on their individual flagpoles–the flags of the City of Vaughan, Canada flag and the Philippines.  Complete with gazebo, amphitheater and play and sitting areas, the park opened to the public in 2006.

“Being officially based in Vaughan, PHB shows the city as its home base in its banner and in its official address,” says Farinas. “We were a part of the Vaughan Day celebrations held June 7 this year at Vaughan City Hall,” he adds.
“I have not seen the Philippine flag hoisted on a permanent basis anywhere in Canada,” Farinas says, “so seeing it flying 24/7 at Sugar Bush Park is a very big honor for all Filipinos indeed!”

Readers who wish to support PHB can attend the 35th anniversary celebration on October 3 at Holiday Inn Select near Pearson International Airport.  Tickets are $60 if purchased before September 15 and $75 at the door. United Way contributions at work can also be redirected to the PHB. Donations may also be sent to PHB, 1 Promenade Circle, P.O. Box 912, Vaughan, ON L4J 4P8. PHB’s Business Number (formerly called Charitable Tax number) is BN119092526-RR-0001.  Tax receipts are issued for donations.