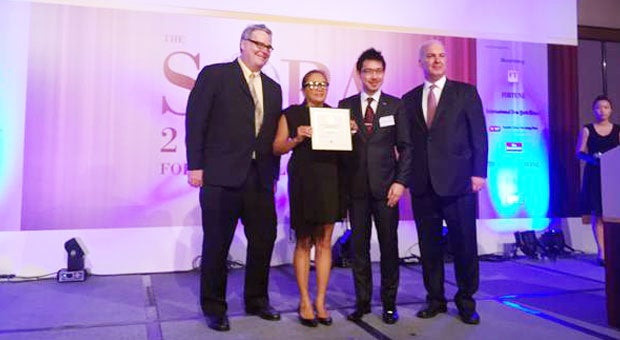 Nancy Carvajal, who wrote an explosive series on the pork barrel scam, was named Journalist of the Year on Wednesday evening.

Carvajal, who received her award during the SOPA gala dinner in Hong Kong, bested reporters from the New York Times and TIME.

READ:  For pork scam exposé, Inquirer reporter is journalist of the year

Meanwhile, Edwin Bacasmas won the Excellence in News Photography Award with his photograph “Home Street Home.” Other finalists for the category were the South China Morning Post and Coconuts Media, both of which covered the Occupy Hong Kong movement.

Carvajal’s exposé paved the way for the abolition of the Priority Development Assistance Fund and the filing of charges against lawmakers accused of misusing taxpayers’ money.

In 2013, she wrote a six-part series on alleged pork barrel scam mastermind Janet Lim-Napoles. This was followed by a 13-part series on the files submitted as evidence by whistleblower Benhur Luy. KS 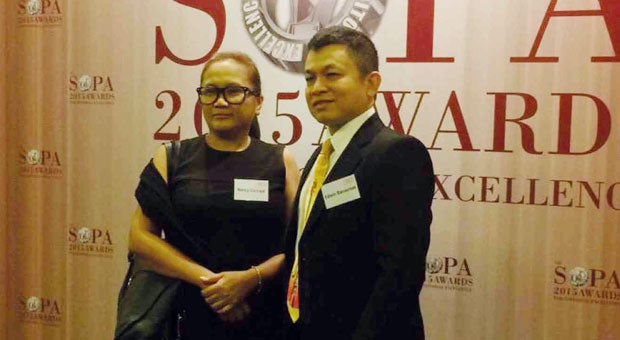 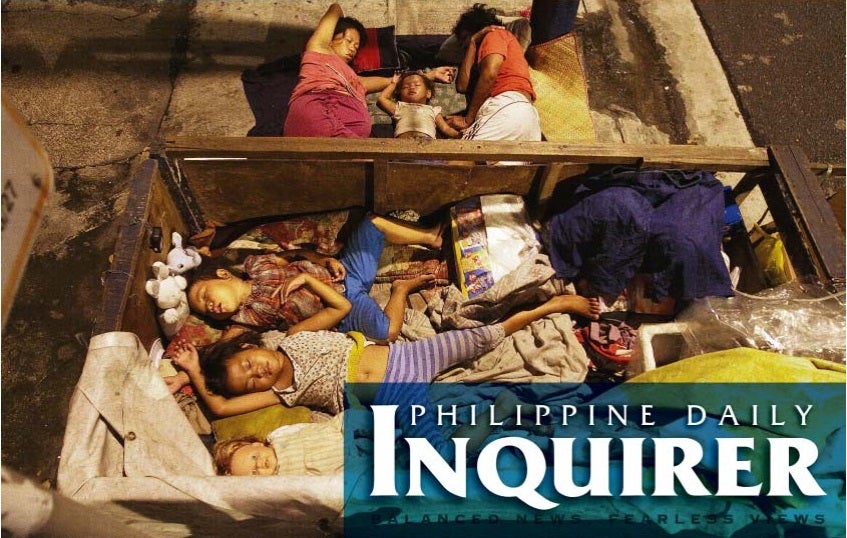 HOME, STREET HOME A family makes its home on a street in Makati City, the site of the country’s top financial district. Millions of Filipinos go to bed hungry despite the soaring economy, according to the latest survey of the Social Weather Stations. EDWIN BACASMAS