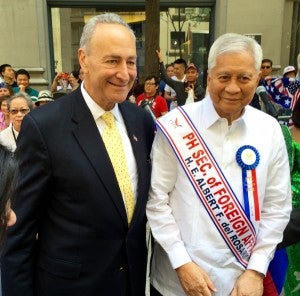 NEW YORK CITY—“You don’t have to be in the Philippines to celebrate Independence Day,” declared Edgar Sulit, president of International Professional Entertainment Network, as he and a bus full of marchers from Toronto joined thousands of Filipino-Americans in commemorating the 117th anniversary of Philippine Independence here. The foot and float parade—featuring hundreds of community organizations, corporate sponsors and government officials—snaked through Madison Avenue for two hours on Sunday.

“Queen of Kundiman” Sylvia La Torre conveyed nostalgia with her performance during the four-hour program that followed. For the first time since the Philippine Independence Day Council Inc. (PIDCI) began the festivities in 1990, the show featured a giant LED screen onstage. The audience was visibly thrilled at seeing a close-up of their favorite celebrities and themselves as cameras panned across Madison Square Park, according to the event’s official videographer John Gadia, an experienced producer of mainstream concerts. 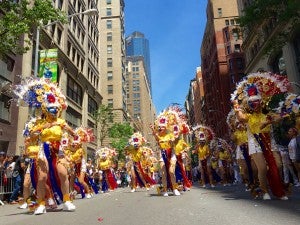 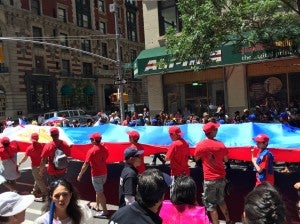 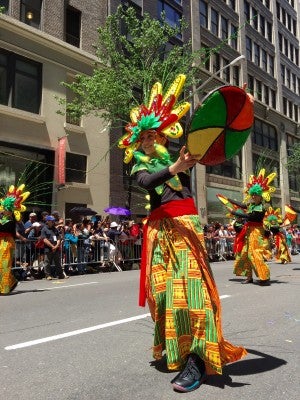 Some of the parade participants on Madison Avenue.

“This is the most important event for Filipino-Americans because we are celebrating the proclamation of Philippine Independence 117 years ago that eventually led to the first republic in Asia,” lawyer Reuben Seguritan, this year’s parade grand marshal told INQUIRER.net. “We can use this occasion aside from honoring our heroes to showcase our culture, to showcase the beauty of our land, to showcase the achievement of our people and hopefully we can show to this greatest city in the greatest country of the world that we are united, that we are solid in our commitment. And since we have the strength, we should be recognized as a social and political force.”

United States Senator Chuck Schumer (D-NY), who joined the march and spoke briefly during the program, echoed this sentiment.

“I am here to celebrate with you and the greatness of your community,” he said. “The Filipino community is hard-working; they’re very nice people and they’re great New Yorkers and great Americans. So I wrote an immigration bill that passed the Senate that would allow more Filipinos to come to New York and hopefully it’ll pass the House.”

“I think this is a coming of age for the Filipino community,” de Leon said. “I believe that our presence is more elevated in the U.S. mainstream society and we are really proud of the Filipino here in New York and the Philippines.”

This is PIDCI’s 25th staging of the event, touted as the biggest Independence Day celebration outside of the Philippines. Putting it together is never an easy thing, according to Vivian Velasco, assistant to PIDCI president Fe Martinez. 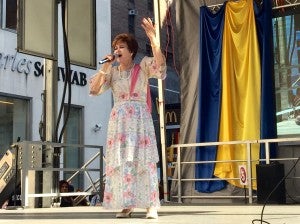 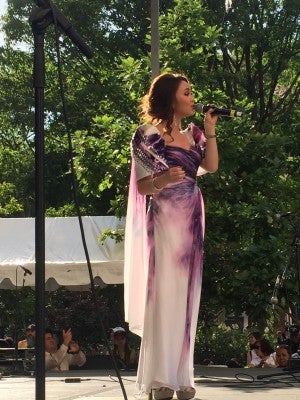 “I won’t lie to you, we always have a hard time organizing this yearly event but we are used to it,” she said. “Anniversaries are about celebrations, about reunions and I think every time we set our differences aside, we show that we’re one big Filipino family.”

PIDCI secretary and board member Antero Martinez could not agree more. “This is more like a homecoming, a big reunion bringing Filipino families together for the celebration,” he said. “[Mounting this event] is challenging and inspiring at the same time. When I saw the contingents’ parade on Madison Avenue, I felt so amazed and overwhelmed by the amount of work they put into this. With the cultural festival, we try to bring the best of the Filipino and the street fair is simply a veritable paradise of Filipino food.” 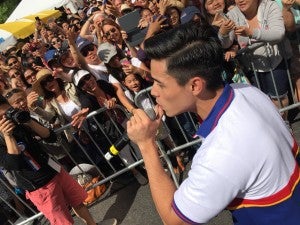 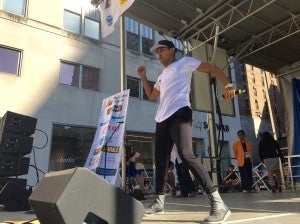 “I love being part of PIDCI,” said De Tagle, a granddaughter of La Torre. “I think today’s event is very important because there’s not many celebrations like this. I’m very proud to be Filipino, I always tell everybody that.”

Ivan Dorschner, who is part German and Irish, is just as proud of his Filipino roots. “This is like homecoming for me,” he said. “I lived in the Philippines for three years, and it’s rewarding, comforting to know that we can still be Filipino kahit kailan o kahit saan man tayo sa mundo [whenever or wherever we are in the world].” The “Pinoy Big Brother” star credits his mother for raising him well: “What makes me Filipino is the way my mom raised me, being respectful to people around me.” 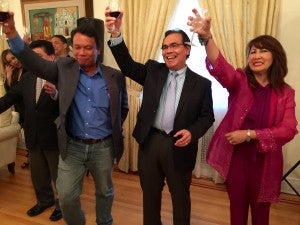 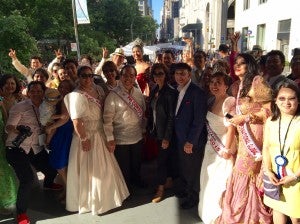 Actor Cesar Montano was ecstatic. “I’m here in New York and I see my friends from Manila, from the industry, we’re all here for one reason, to celebrate,” he said. “I saw Michael de Mesa, his mother Rosemarie Gil, I’m such a big fan of this family—they’re really good artists. I saw Florante, one of my heroes because of his songs.

“Really, it is important to celebrate Philippine Independence abroad because our identity is being solidified here, in this type of event. We sing our own songs here. We talk in our own language. We should not forget this.”

“We’re here today, with our heads held up high because we’re not in the Philippines, [yet] we have seven blocks of street fair, we have a parade that showcased our country, our people,” added Marisse Panlilio, sound director for PIDCI since 2007.

“I think the most important takeaway of the celebration today is that we have to be one,” program director Miguel Braganza noted. “The spirit of unity is there, and that’s what Independence Day is for me.”

Festivals like PIDCI strengthen the community by highlighting collectively achievements and values that can be passed on to future generations, according to Luis Florendo, immediate past president of Katipunan Filipino-American Association of Maryland.