Here’s an intriguing thought for Filipinos in the U.S. and the Philippines: In two years, two women could be at the helm in both countries.

Clinton is currently the strongest candidate in the race for the White House; and Poe has emerged as the most serious challenger to frontrunner Jojo Binay.

They each face different political realities. And they’re different in many ways. 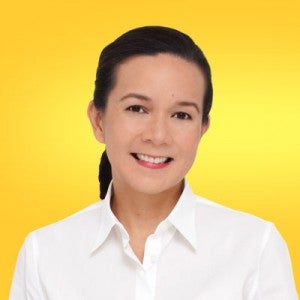 But a look Clinton’s career offers some insights into one question I’ve found myself thinking more about in the rise of Grace Poe: While she clearly can take heat from enemies — can she handle pressure from friends?

Unlike Clinton, who’s been a major political figure in the U.S. and beyond for about a quarter of a century, Grace Poe is a newbie.

Her political momentum has been fueled in part by the disdain many Filipinos have for Binay and what he represents, but also by her upbeat image as a strong, steady public figure.

She has come across as intelligent and thoughtful as a senator. She’s been poised in responding to criticisms and tough when taking on political opponents.

Even in what appear to be political stunts, she projects sincerity and humility.

Take her much-publicized brief stint as an MRT commuter last year. That was clearly a calculated PR move — but it worked. Grace Poe came across as a legislator who genuinely wanted to know what beleaguered MRT commuters endure each day.

Her recent public exchanges with Binay and his supporters also prove that she can hold her own in heated verbal battles with opponents, and do so with, well, grace. She doesn’t lose her cool, and she doesn’t stoop to the level of Binay’s attack dogs. 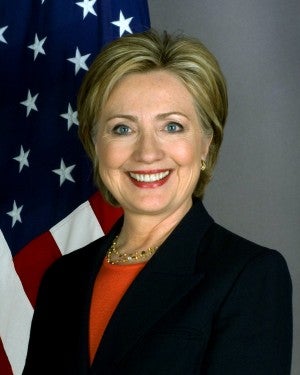 The problem with that question is this: it’s virtually impossible to answer it today. That’s because she’s never been in that position before.

Responding to the Binay’s attempts to highlight Poe’s lack of experience, PDI columnist Neal Cruz wrote: “I would rather have an inexperienced president who is honest and has integrity than somebody who is very experienced in manipulating the people’s money.”

But what about the people around Grace Poe who are “experienced in manipulating the people’s money” and so much more … and who would not think twice about trying to manipulate her?

Let’s start with one name: Erap. How would she deal with her late father’s old friend, the former president who served time for plunder and is now remembered for leading one of the most disastrous administrations in the country’s history.

(Think about this: Ferdinand Marcos, in power for 21 years, ranked No. 2 in a Forbes magazine list of the most corrupt leaders in history. Joseph Estrada, in power for only two years, still made it to the list at No. 10.)

In January, Grace Poe herself said: “Erap will always be relevant in Philippine politics; parang he always has that unwavering percentage of the population that supports him.”

Grace Poe has taken solid, even inspiring, political positions, including a promise to expand the fight against corruption and take on issues affecting poor Filipinos.

There’s no reason to doubt that there are people around her who are committed to her vision.

It would be smart for them to start helping her prepare for the onslaught of allies and friends who don’t share that vision and commitment — who are preparing for how to push their agenda in a Poe Administration.

There are many lessons from the current administration. Aquino has faced convincing allegations that he simply has had a hard time letting go of longtime, corruption scandal-prone supporters.

Winning the presidency would cap a long political career that is impressive, inspiring — and controversial.

Hillary Clinton has taken and pushed many progressive positions and policies related to women and the underprivileged. But she’s also known to change her mind when it’s convenient to her political needs.

The popular, progressive Senator Elizabeth Warren, who is both a Clinton ally and critic, has talked about the time in the 1990s when she and others were able to convince then-First Lady to oppose a bankruptcy bill that would benefit banks and hurt consumers.

In this interview with Bill Moyers, Warren recalls Clinton’s reaction when she explained how the proposed bill could hurt struggling Americans: “Mrs. Clinton stood up and she said, ‘Professor Warren, we’ve got to stop that awful bill.”

But then in 2001, Hillary Clinton, now U.S. senator from New York, apparently changed her mind. She voted for what essentially was the same bill. The speculated reason is that she didn’t want to offend Wall Street.

As Warren tells Moyers: “As Senator Clinton, the pressures are very different.”

The financial services industry is a powerful force in Washington and in New York, home to Wall Street giants. “She has taken money from the groups and more to that point she worries about them as a constituency,” Warren tells Moyers, referring to Clinton.

“That’s the scary part about democracy today. We’re talking again about the impact of money.”

Senator Warren could have been talking about Grace Poe. Except in her case, we should also be worried about the impact of friends.