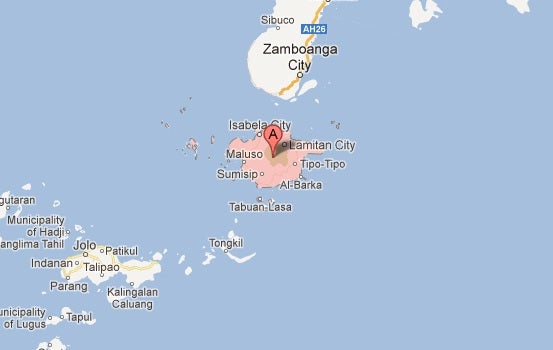 Officials of Basilan province called on the Philippine embassy in Kuala Lumpur to air their concerns over Malaysia’s proposed ban on the historical barter trade between Sabah and Mindanao.

Basilan Vice Gov. Keemhar Jay Sakkalahul and members of the provincial board paid a courtesy call on Philippine embassy officials in Kuala Lumpur following earlier news reports that the Sabah police, blaming the spate of kidnapping incidents in Sabah on the barter trade between the state’s east coast communities and southern Philippine residents, suggested its ban.

According to a news release by the Philippine embassy in Kuala Lumpur on Friday, Vice Governor Sakkalahul stressed the importance of economic cooperation between Mindanao and Sabah.

Sakkalahul sought the embassy’s help in stressing that “economic development and growth in these areas will ensure long-term stability and order, as the people feel the benefits in terms of jobs, income and a better life for themselves and their families. It will help consolidate the peace process in Mindanao,” he added.

During the visit, Sakkalahul was accompanied by members of the Basilan provincial government, who are in Malaysia to explore economic opportunities and closer business ties, particularly in the halal sector.

In a press conference last week, Sabah Inspector General of Police Khalid Abu Bakar floated the idea of recommending a ban on the barter trade between Sabah and Mindanao as a security measure, after two Malaysians were kidnapped in a seafood restaurant along Sandakan’s shorelines on May 14.

Deputy Chief of Mission and Consul General Medardo Macaraig said there should be separate but parallel initiatives in securing peace and stability in these areas.

“Initiatives to enhance ties should continue between Mindanao and Sabah, along with closer security cooperation to address challenges arising from security concerns,” he said.

The Basilan officials expressed concerns on the economic impact of the proposed ban on barter trade between Mindanao and Sabah, particularly on the prices of basic goods and sales in the areas.

“Additional costs are being borne by the consumers in a number of island provinces near Sabah. Businesses in Sabah will also be affected, as their sales and income will definitely go down if there will be a barter trade ban. It would be counterproductive for both sides if a ban is implemented,” Vice Governor Sakkalahul said.

He said the barter trade ban would be contrary to the vision of the Brunei-Indonesia-Malaysia-Philippines-East Asean Growth Area, the economic cooperation pact of the four countries in the region.

‘Don’t be afraid of Basilan’