What happens in Boracay … 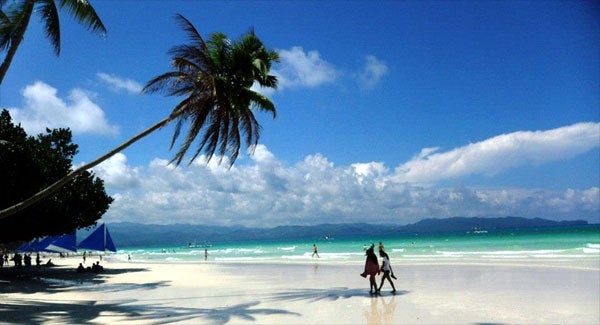 BORACAY, Aklan—There’s no stopping the trade ministers of the 21-member economies of the Asia Pacific Economic Cooperation (Apec) from hitting the beach and basking in the sun in this island paradise. But first things first.

It was work before play for the Apec members as they began their one-and-a-half-day meeting here early Saturday, with the “alluring beauty” of this island as the backdrop.

Trade Secretary Gregory L. Domingo, in his opening speech at the Apec trade ministers’ meeting held here, promised participants that the meetings had been scheduled in such a way that “there will be time to go to the beach early morning and late afternoon.”

“We’re trying to keep meetings short so we’ll see. There’s a saying that what happens in Boracay stays in Boracay, but I think they are referring to private things. In Apec’s case, we will not follow the rule, because whatever we accomplish, we want the rest of the world to know,” Domingo said, eliciting laughter from participants. “I propose we start work immediately so we can all enjoy Boracay’s alluring beauty.”

Domingo said that for this year, the Apec adopted the theme “Building Inclusive Economies, Building a Better World.”

Inclusive growth, he said, has been on the table since 1994, when Apec leaders committed to “reinforce economic cooperation on the basis of equal partnership, shared responsibility, mutual respect and common interests.”

“Small and medium enterprises (SMEs) play a vital role in the realization of this vision and in the long term growth of our respective economies and the entire Apec region as they comprise a great majority of business,” Domingo said.

“An important component is to bolster the ability to take advantage of cross-border business opportunities… . Let us note that recognizing the diverse characters and different capacities of SMEs is an important parameter in pursuing interventions that are reflective and responsive of need,” he said.

The Philippine trade chief also noted that the promotion of trade and investment has provided a solid framework for growth and prosperity.

Domingo has said that the Philippines is laying down specific, concrete and practical interventions that Apec economies can implement to provide MSMEs more opportunities to integrate into global or regional trade, either through global value chains or as direct exporters of finished goods and services.