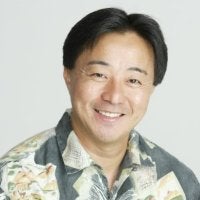 One, House Bill 604 designates December 20 of each year as Sakada Day, to recognize, acknowledge and understand the historical significance of the arrival of the first sakadas, or Filipino plantation workers, in Hawaii.

The other, Senate Resolution 44 urges the federal government to support passage of legislation to expedite family reunification for certain Filipino Veterans of World War II.

On December 8, 1941, thousands of Filipino men and women responded to President Roosevelt’s call for help to preserve peace, democracy, and freedom for America. At the time, the Philippines was a US commonwealth and its citizens were nationals of the United States, similar to the status of Hawaii’s residents prior to statehood.

Nearly one hundred thousand soldiers of the Philippine Commonwealth Army provided a ray of hope in the Pacific as they fought alongside United States and Allied forces for four long years to defend and reclaim the Philippine Islands from Japanese aggression. Thousands of Filipinos joined the United States Armed Forces immediately after the war and served in occupational duty throughout the Pacific theater.

In February of 1946, the United States Congress enacted the 1946 Rescission Act, which denied World War II Filipino veterans rights to veterans benefits equal to those enjoyed by other veterans and soldiers of more than sixty-six other countries who were similarly inducted into the United States military.

This Act discriminated against Filipinos, making them the only national group singled out for denial of full United States veterans’ status and benefits, including immigration and naturalization rights, writes Sen. Wakai.

The United States Congress enacted legislation in 1990 that provided a waiver from certain immigration and naturalization requirements for these Filipino veterans and allowed many Filipino veterans to finally become citizens and residents of this country.

However, the 1990 legislation did not go far enough in extending immigration and naturalization benefits to the children of Filipino veterans, resulting in years of long separation between the veterans and their children remaining in the Philippines awaiting the issuance of immigrant visas.

World War II Filipino veterans are now in their seventies and eighties. Many are permanently disabled and are in need of veterans’ benefits and services.