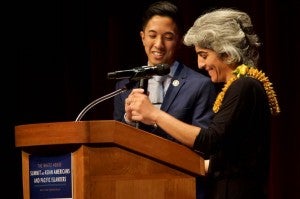 WASHINGTON, DC — Nearly 2,000 community leaders and federal officials from more than 40 states came to the White House Summit on Asian Americans and Pacific Islanders May 12 at George Washington University, unanimously hailing President Obama’s administration for groundbreaking policies and appointments that have taken Asian and Pacific Islanders (API) to the “margins of power,” as noted by Congresswoman Judy Chu, chair of the Congressional Asian Pacific American Caucus.

Twenty six APIs now sit as federal judges, an unprecedented number in the history of the United States, Chu said in her opening remarks. Among them is Lorna Schofield, serving the southern district of New York, who made history in 2012 as the first Filipino American federal judge appointee. Prior to Obama’s presidency, their ranks consisted of only eight.

This is a very big deal, according to Bill Imada, member of the President’s Advisory Commission on Asian Americans and Pacific Islanders, which has worked since 2009 to address immigration, healthcare and economic development issues affecting APIs, the fastest-growing racial group in the country. 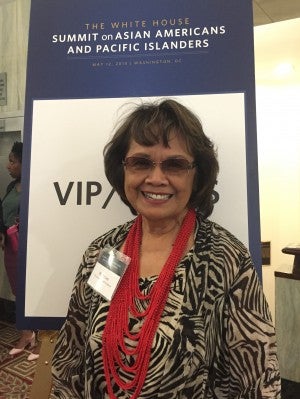 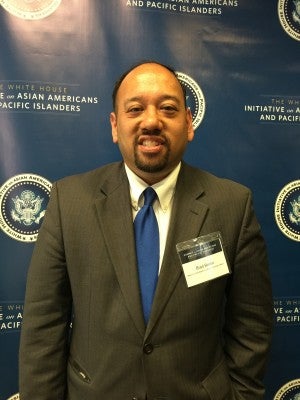 “We are making sure that we are here to make federal government accessible to all,” Imada, also chairman of Los Angeles-based advertising agency IW Group, said.

The community’s strong showing at the historic summit was just as crucial in sending a message to Washington that APIs are ready, willing and able to engage.

“I am excited to affirm identity, build community, and cultivate leadership at this inaugural summit,” Bianca Nicole Nepales, manager at Teach for America who flew in from Los Angeles, told INQUIRER.net. “Obama’s administration is committed to addressing the unmet needs and discrimination that still exist in the API community.

“I believe the biggest contribution his administration has given to the API community is the passage of DACA [Deferred Action for Childhood Arrivals] and DAPA [Deferred Action for Parents of Americans and Lawful Permanent Residents] that have allowed more high-skilled API immigrants, graduates and entrepreneurs to stay in the U.S. and contribute to our economy,” Nepales said.

Loida Nicolas Lewis, founder of the political caucus U.S. Pinoys for Good Governance, counts Obama’s renewal of the API initiative as his major contribution to the API community. Former President Clinton began the API initiative in 1999.

“Obama has worked on the immigration reform, but it means that we the people have to work harder to get that passed,” stressed Rozita Lee, former White House API commissioner. “We have to really contact and educate our congressmen. Many of them are not even thinking about it. Many of them don’t even think about the fact that we do have a lot of Asian Americans who are part of this immigration. It’s not just a Hispanic issue, it is an Asian American issue as well. We need to speak out louder about that. We need to let people know that the statistics show that APIs need to get the immigration reform bill passed.”

The White House event, held at the Lisner Auditorium of George Washington University, also had hundreds tuning in via livestream from their homes or offices across the country.

Brad Baldia, from the Philadelphia Mayor’s Commission on Asian American Affairs, cited the summit as one of Obama’s biggest accomplishments for APIs. “Today’s event is evidence on how they’ve reinvented the White House initiative on APIs. It’s connected to all the federal agencies [where] they’ve been able to build capacity and leverage, doing outreach and building communities in a way that wasn’t possible before,” he said. 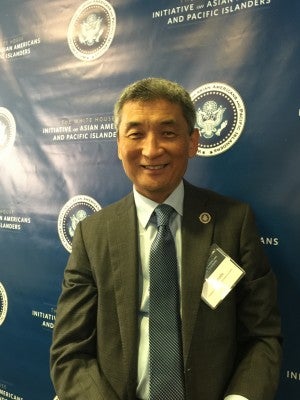 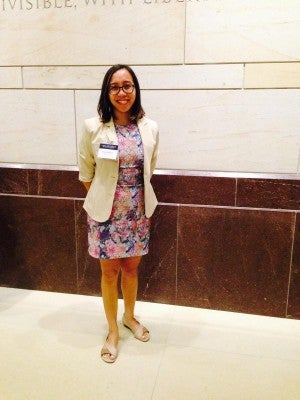 Bianca Nicole Nepales, manager at Teach for America based in Los Angeles—PHOTO BY ELTON LUGAY/ INQUIRER.net

During the summit, Dr. Vivek Murthy, surgeon general of the United States, was announced as co-chair of the White House Initiative on Asian Americans and Pacific Islanders, serving alongside Secretary of Education Arne Duncan.

In addition, three newly appointed members of the President’s Advisory Commission on APIs were introduced: Jacob James Fitisemanu Jr., Sanjita Pradhan, and Paul Watanabe. They join 16 members of the commission who were appointed last May and represent the diverse API community at the White House.

“This is a historic turning point for the API community. Federal representatives, community leaders, youth, and others from all over convened today to connect with one another and find ways to continue working together to expand opportunity for APIs everywhere,” said Kiran Ahuja, executive director of the White House API initiative, who also announced that Fil-Am Jason Tengco had been promoted to deputy director at her office.

Baldia noted that having more than 1,500 people gathered together in simultaneous community conversations was a good start.

Young API leaders should join the dialogue, according to Nepales. “We have the responsibility to honor the incredible, hard and often fatal work that our ancestors have done for us to be citizens of the U.S. by continuing the fight that they started.

“We still don’t have equality as an API community when between 34 percent and 40 percent of Laotian, Cambodian and Hmong students do not even finish high school and of those who do graduate, approximately 34 percent to 40 percent attend college. Data on APIs is frequently represented in the aggregate which promotes the model minority myth that APIs are universally successful and do not face challenges.”