Transform: A different war on poverty 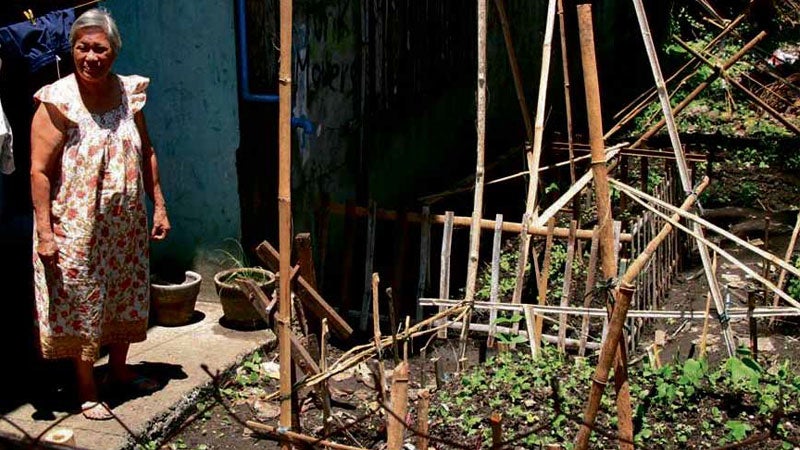 AJUY, Iloilo—Peace here is deceptive, with the rolling fields punctuated by bamboo groves and a few weather-beaten coconut trees. It is quiet in the sunlit meadows save for the chirping of birds and the stridulating of crickets.

A scrawny, sun-darkened farmer traverses the fallow land; in the distance, a youth pedals his bike over a dirt road.

No guns are fired, no artillery piece booms. But war is going on—against abject poverty.

Barangay (village) Mangorocoro lies on the coast in Ajuy town, a two-hour ride north from Iloilo City. As if its residents—mostly fisherfolk and farmers—were not impoverished enough, Supertyphoon “Yolanda” (international name: Haiyan) hit them hard in November 2013.

To determine which among the community’s families most needed help, a Hong Kong-based nongovernmental organization, International Care Ministries (ICM), took a detailed survey of each family in the village. The survey is a standard ICM template to identify ultra-poor families most in need of help.

Instead of just offering food or one-time assistance, ICM takes a holistic approach. Through a program called Transform, it fights a war on poverty on all fronts: livelihood and health training for physical needs, and values formation for the spirit.

Thanks to Protestant proselytization in the Visayas and parts of Mindanao under early American colonial rule, the vast network of pastors ministering in impoverished areas has enabled ICM to partner with pastors of 5,000 slum churches, slum-dwellers themselves.

Virtual social workers, they volunteer their time, offering their churches as meeting places where ICM conducts the Transform program.

Thirty of the identified ultra-poor in each community are invited by their pastor to join Transform’s four-month capacity-building course. Six volunteer counselors assist their pastor, offering support and encouragement.

The program is a creative mix of learn, earn and pray, comprising three pillars—health education, livelihood training and values formation. Once a week for four months, the participants spend an hour with a health trainer, another with a livelihood trainer, and the third with their pastor to deepen their values.

The livelihood trainer at Mangorocoro, Dwight Ariston, demonstrates in the sessions how to prepare a range of income-generating products, such as “puto”-cheese, banana fritters, detergent and soap, packaged for sale in small cellophane envelopes.

Values training, led by Pastor Timoteo Abunda, revolves around nurturing attitudes and behavior underpinning strong families, learning to live the Jesus way, living as wise people, and inspirational values to value. His wife, Alona Marie, also a pastor, impresses for the fact that she keeps the children occupied nearby during the Transform classes.

At the end of every three-hour session, each participant receives three Manna packs of nutrient-filled rice donated by the US-based Feed Our Starving Children. Four consecutive attendance is rewarded with three extra Manna packs. Of late, the Philippine branch of Hong Kong Shanghai Banking Corp. has given more than 200,000 food packs without any fanfare whatsoever.

Through the four-month cycle, six Business-in-a-Box packages, each containing seven livelihood startup kits for two or three participants, are made available. Each package costs P130 to P150 and is repaid as business takes off. Repayment from the new entrepreneurs averages 86 percent. “Not bad at all,” by ICM’s lights.

The Garden-in-a-Box package contains vegetable seeds and hydroponic and vermiculture (worms) kits of pechay and other vegetables grown organically for consumption or for sale.

Teaching them to save

Health and livelihood trainers use the remaining hours of their weekly sessions to make house-to-house visits. They also organize savings groups, encouraging the new “businessmen and women” to save their earnings in a secure place or borrow small amounts on flexible terms.

By the end of Transform, 67 percent have reached normal weight. Children who remain malnourished are enrolled in the home-based feeding program and given seven Manna “nutripacks” weekly until they reach normal weight.

Spending only $10 per family member, ICM delivers changed lives with Transform. But what of children who need education?

ICM runs a kindergarten program called Jumpstart, spending $8,000 a year for each class of 30 children. Daily hot meals, medical checkup, uniforms, backpacks and school supplies are standard for each child.

More than 15,000 children have graduated from Jumpstart. The majority of them will go on to public schools for elementary education. Those whose parents cannot afford hidden costs in public schools receive support as ICM scholars.

Disaster relief was unintentional. But since Manna packs had been prepositioned for Transform in Bohol and Bacolod, these were diverted to earthquake and Yolanda victims in Iloilo province and elsewhere. ICM turned out to be the first responder there.

In all, 2.4 million meals were delivered in ICM operating areas, and another 1.1 million meals to partner charities. Midterm, 451 church buildings were rebuilt, thousands of bars of soap and solar lights delivered, and 242 disaster-affected communities enrolled in Transform.

A cell phone Pastor Information Network is being developed to collect real-time data on disasters, enabling quick response in the most needy areas.

Professionally managed to enable it to develop strategies and development oversight in dealing with the Philippines’ bottom poorest, ICM has David Sutherland, until recently Morgan Stanley Asia’s chief financial officer, as its chair. On its board are other top executives of large firms in Hong Kong, the United States, United Kingdom, Australia and the Philippines.

A Hong Kong-based Singaporean interior designer, Sharon Pastre, was visiting five pastors in Bacolod in 1992. Struck by the poverty there, she and two others organized an open-air clinic and weekly food distribution for 200 children. Thus was born International Care Ministries.

Ingenuity plays a large part in ICM’s fundraising affairs. At a recent auction in Hong Kong, two purchasers of new unnamed species of orchids paid HK$40,000 each for their plants to be named after them, according to Daphne Ceniza-Kuok, a board member who together with Sutherland led the group to Iloilo.

Donors and prospective donors have paid 50 visits to the Philippines to observe the Transform programs and determine how they can help. Not a single visitor has walked away indifferent to the cause.

Read Next
Messages of grief pour in for workers’ diplomat
EDITORS' PICK
Taal Volcano flexes signs of restiveness anew
SM continues to send relief assistance to remote towns in Batangas
Get exciting deals and discounts when you download the new McDonald’s App
China expands lockdowns to 25M people to halt viral outbreak
DOH: Second person ‘under investigation’ for 2019-nCoV in Tacloban City
‘A greener, cleaner tomorrow’: A how-to guide for Filipinos who want to help with today’s energy crisis
MOST READ
172 Chinese tourists arrive in Bohol
Police say soldier initiated shooting vs cops in Marikina
Taal Volcano flexes signs of restiveness anew
Analysis: Too many players making mockery of All-Star voting
Don't miss out on the latest news and information.