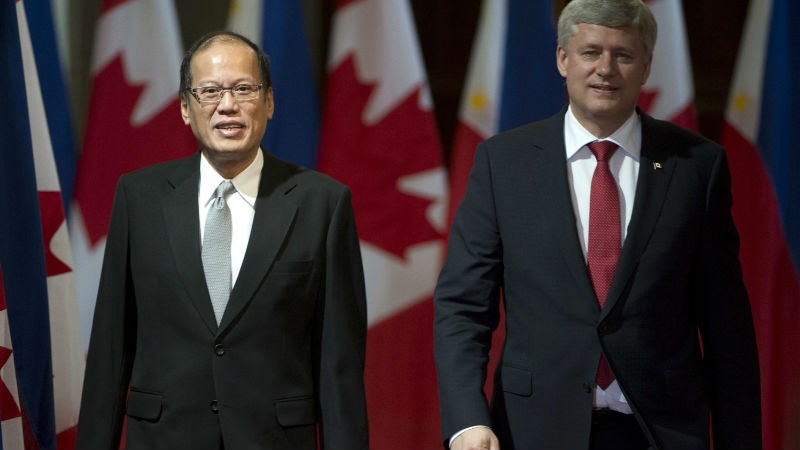 READ: In the Know: Philippines-Canada relations

Both leaders witnessed the signing of a letter of intent between Philippine and Canadian officials to launch exploratory discussions on a possible trade agreement at the Parliament Hill.

Harper said they also agreed to work on updating foreign investment promotion and protection agreement. He said Canada’s Trade Minister Ed Fast would lead a mission to Manila later this month to firm this up.

Both leaders also agreed to cooperate on counter-terrorism, addressing security threats, and anti-corruption measures, he said.