A Thai national who is facing deportation for his racist remarks against Filipinos was also fired from his job in the Philippines.

Kosin Prasertsri was fired by his employer, Cognizant Technology Solutions Philippines, Inc. due to his racist remarks on social media where he called Filipinos “pignoys,” “low-class slaves,” “scums of the Earth” and “useless race in the world.”

The Taguig City-based company said it is cooperating with the Bureau of Immigration, Embassy of Thailand, Philippine Economic Zone Authority (Peza) and Department of Labor and Employment (DOLE) to resolve Kosin’s case.

“We take this opportunity to reiterate our commitment to the highest standards of diversity, inclusivity, transparency, and corporate governance,” the statement of the said business process outsourcing company read.

Earlier reports said Kosin has been working for the said company for three years.

On Monday, the Bureau of Immigration has filed an undesirability charge against Kosin.

The 32-year-old Thai earned the ire of Filipino netizens after screenshots of his racist remarks posted on the Asean Community Facebook page went viral.

He has since apologized for his actions, saying that he issued the comments out of “playfulness.” TVJ 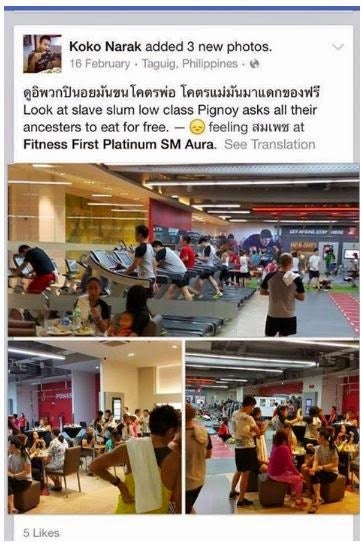 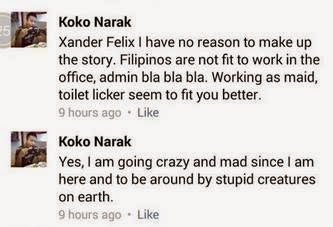 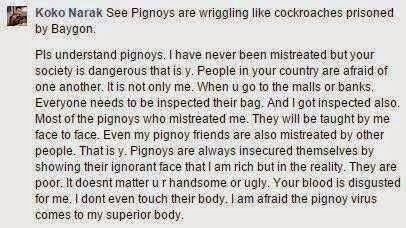 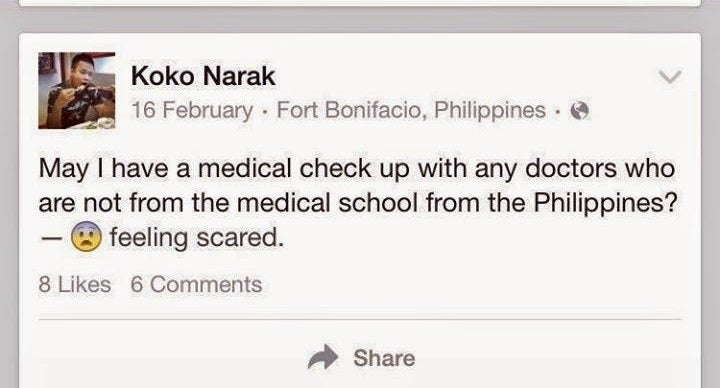 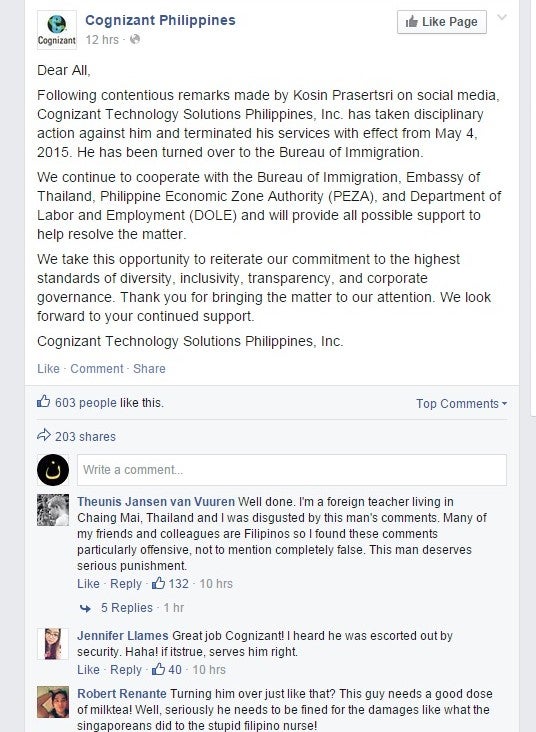