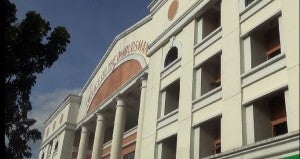 Two senators and 20 stakeholders have filed a petition at the Office of the Ombudsman, seeking to recall the Manila International Airport Authority’s (MIAA) order integrating terminal fees in airline tickets purchased online or abroad.

Pimentel said the petition to recall the controversial order was made to exempt travelling OFWs and other persons exempted by law from what they called as “unlawful and unjust” order.

“Our OFWs are our modern-day heroes, but they are made to unjustly pay the terminal fees when they are exempted by law,” he said in a statement on Wednesday.

The senator assailed the continued refusal of the MIAA to lift its memorandum circular on airline companies and travel agencies despite legal issues surrounding its issuance.

The exemption of OFWs, he said, was a recognition of their invaluable contribution to the economy and the country as a whole.

“MIAA should not be allowed to trample on the statutory right of our OFWs to exemption. After all, the law is supreme over a mere administrative issuance,” said Pimentel.

The Senate earlier adopted a resolution strongly urging MIAA to recall the order until after an appropriate computer system that will automatically exempt OFWs and other exempted persons is put into operation.

But Pimentel said the voice of the senators fell on deaf ears, which prompted the Senate to conduct an inquiry.

During the hearings, Pimentel said it was established that MIAA issued the circular without knowing the data on the number of OFWs that would be affected.

He said it was also discovered that the issuance was made without the requisite authority and publication to inform the public on the new directive as required by law.

“For what we believe is an abuse on the part of the MIAA, we are respectfully invoking the corrective hand of the Ombudsman to order MIAA to recall its unlawful and unjust MC 08 s. 2014,” Pimentel said, citing the resolution.

Read Next
Palace grateful to Indonesia for granting Veloso reprieve
EDITORS' PICK
Smart poised to turn PH into ‘Smart 5G country’ with nationwide rollout
New Vatican ambassador to PH named
We don’t want gov’t to fail, because it’s all of us who will suffer and die — Robredo
Duterte keeps Metro Manila under GCQ for entire October
Get 80% OFF Ignite 2020 Cyber Tickets starting 28 September
Water remains our saving grace right now
MOST READ
Duterte keeps Metro Manila under GCQ for entire October
Fernandez: Velasco camp ‘betrayal’ pushes call to retain Cayetano as Speaker
Palace: Some cities in Metro Manila eligible for MGCQ
Mayor Treñas tells Locsin: Iloilo City is much better than what you think
Don't miss out on the latest news and information.