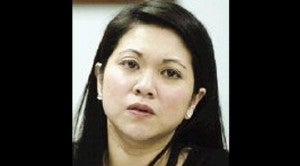 Malacañang on Friday said Filipino fishermen do not have to ask permission from anyone if they want to fish in Philippine waters.

“It is our area,” deputy presidential spokesperson Abigail Valte told a Palace briefing.

She was asked to comment on a statement by Beijing that Manila should educate their fishermen as to where they could fish after the Chinese coast guard used water cannons to drive away Filipino fishermen from Panatag Shoal (Scarborough Shoal) off Zambales province.

“Well, obviously, they’re hard-pressed to defend their position. Our fishermen do not need permission to fish in our waters,” Valte said.

She added that Bureau of Fisheries and Aquatic Resources (BFAR) Director Asis Perez had advised fishermen to fish in designated areas to avoid dangerous situations such as when the Chinese coast guard shoos away the fishermen.

“But in general, they don’t have to ask permission because that (area) is ours,” Valte said.

At the same briefing, Perez said that China’s land reclamation activities already cut into an area in the South China Sea that is 600 times larger than the area destroyed by the USS Guardian in Tubbataha Reef in 2013.

“How can we say it is (a) huge (area)? Remember the (area) hit by the USS Guardian in Tubbataha? That’s only half a hectare, 5,000 square meters. We’re talking about an area six times larger than that,” Perez said.

“So if we think that in Tubbataha…the fine (to the Americans) was very big, much more in the area that is 600 times, or even probably more, 700 times that size. I think that’s the perspective we’re using why we said it’s massive,” Perez said.

On Wednesday, national scientist Edgardo Gomez said at a BFAR press conference that China has reclaimed some 311 hectares of land in the Spratlys or Kalayaan Island Group.

He said the coral reef ecosystem in the Spratlys amounts to some $350,000 per hectare a year.