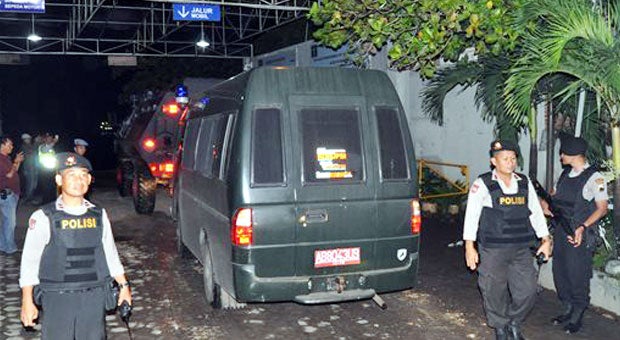 “The letter is dated April 23,” Spontana said as quoted by Antara news agency.

Veloso is among 10 drug smugglers whose planned executions last month were postponed due to last-minute appeals. The others are three Nigerian men, two Australian men, a man each from Brazil, Ghana, France and  Indonesia.

Prison officials said Veloso was brought Friday morning to Nusakambangan island, where she will be executed.

The office confirmed that the execution would take place shortly after the conclusion Thursday of the 60th Asian-African Conference Commemoration.

Indonesia  has vowed to carry through with the executions despite various appeals from the countries of the convicted.

Veloso’s case has caused a public outcry in the Philippines. She traveled to  Indonesia  in 2010 where her godsister reportedly told her a job as domestic worker awaited her. Her godsister allegedly provided the suitcase where the drugs were discovered when Veloso arrived at an airport in Java,  Indonesia.

Jakarta executed six drug convicts, including five foreigners, in January, brushing aside last-minute appeals from Brazil and the Netherlands. More than 130 people are on death row in  Indonesia, including 57 drug convicts. With Associated Press