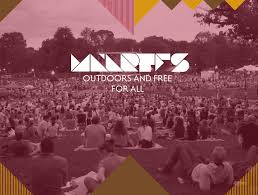 SAN FRANCISCO — Fifty artists in six events, four of which are free admission, in venues located in San Francisco’s historically Filipino American neighborhoods will be featured in the first festival of its kind in the San Francisco Bay Area.

Presentations include the shamanic journey of a fourth–generation Filipino American professional in Alleluia Panis dance theater’s “She, Who Can See”; songs of a tourist psychic surgeon’s desperate quest for a green card in Jessica Hagedorn’s “Felix Starro” adapted from Lysley Tenorio’s “Monstress”; Philippine dance drama of Shakespeare’s The Tempest in “Maség Typhoon; a fired astronaut’s dream of traveling to the moon in Christina Ying’s “There’s the Moon and Then There’s You”; and “Kodakan: Pilipinos in the City Exhibition” photo tableaus exploring who and what is Filipino, by Wilfred Galila.

For more information about the artists, events and the Ma’ARTES production visit: http://www.maartesfestival.com/

MORE INFORMATION FOR EACH EVENT

Inspired by images in the book Filipinos in San Francisco and from the San Francisco Historical Photograph Collection, Artists Wilfred Galila and Peggy Peralta, with Cece Carpio, have created a series of 600+ photographs and video images of the contemporary Pilipino community to create a media project that explores changing expressions of Pilipino cultural identity over time. By juxtaposing images of “then and now,” we contextualize the Pilipino American narrative and examine perceptions of what/who is Pilipino.

SHE, WHO CAN SEE (DANCE)

Conceived and created by Alleluia Panis, She Who Can See tells the story of a 4th generation Filipina American, and her struggles with her shamanic inheritance. Her world is turned upside down, disrupting her life and sanity when ancestral entities appear in her dreams and just about everywhere else.

Music by Florante Aguilar, video by Wilfred Galila, and costumes by June Arellano. It is co-presented by API Cultural Center

Inspired by the story of the Shakespearean classic The Tempest, MASÉG, Typhoon tells a mystical story of a once powerful and righteous tribal shaman chieftain who is exiled with his daughter to the fictitious Puló Island where he plots his malicious revenge.

THERE’S THE MOON AND THERE’S YOU (THEATER)

The world premiere of Christina Ying’s theater production: There’s the Moon and Then There’s You, directed by Lorna Velasco. Freshly fired from his job at NASA, aspiring astronaut David Nguyen comes across a unique lottery that will give him a chance to achieve his lifelong dream of traveling to the moon. Produced by API Cultural Center and Bindlestiff Studio

The Barrio Fiesta was inspired by the audacious plan set forth by Pilipino American Artists in the 1970s – to roast an entire lechon at their Barrio Fiesta in the South of Market Cultural Center, today known as SomArts.

A committee of Filipino American organizations working in the SOMA, led by Veterans Equity Center, is reviving this unforgettable event to honor our Filipino roots and our presence in the SOMA neighborhood since the early 1900s.