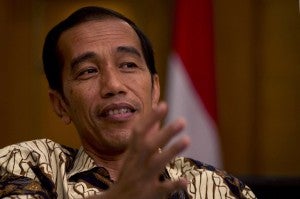 CITY OF SAN FERNANDO, Philippines—The Belgium-based and United Nations-accredited International Association of Democratic Lawyers (IADL) has asked Indonesian President Joko Widodo to overturn the death sentence on Mary Jane Veloso due to the lack of legal services and representation accorded her during her drug trafficking trial.

Jeanne Mirer, IADL president, wrote Widodo on April 9 to express her group’s opposition to the death sentence the Indonesian government handed to Veloso of Cabanatuan City in the Philippines.

The National Union of People’s Lawyers, an IADL affiliate, gave the Inquirer a copy of Mirer’s letter on Sunday.

Veloso was convicted of attempting to smuggle 2.611 kilograms of heroin into Indonesia in 2010. She was caught with the heroin at the airport.

Recently, Indonesia’s Supreme Court rejected her application for a judicial review of her case. She is set to be executed later this month.

“We are gravely concerned about [Veloso’s] case because of the numerous reported violations of her human rights, including the right to a fair trial and due process as guaranteed under both domestic and international law,” Mirer said in her letter.

IADL was founded in 1946 with René Cassin, principal author of the Universal Declaration of Human Rights, as its first president.

Mirer said information gathered by IADL showed that Veloso, a mother of two, was forced by poverty to work abroad.

“Her intention was not to smuggle heroin into Indonesia. She only found out that [she] was used to smuggle the contraband after her arrival and arrest,” Mirer said.

She said Veloso’s sole intent was to find employment but she fell victim to drug traffickers.

“IADL further understands that Ms. Veloso did not receive sufficient legal services or the right to translators, and had no legal representation at all stages of her trials,” Mirer said.–Tonette Orejas