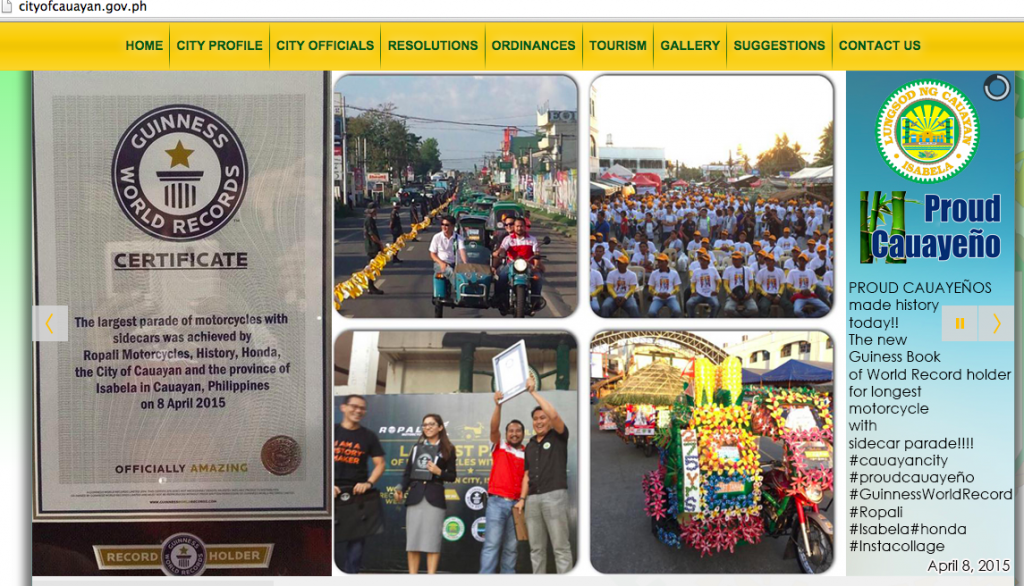 It’s not even on the list of 100 most populous cities in the Philippines but the city of Cauayan in Isabela is now the newest Guinness World Record holder for having the largest parade of motorcycles with sidecars.

In its website, the Guinness World Records said Cauayan City, together with Ropali Motorycles, History and Honda, was able to bag the award on April 8 after holding a parade of 681 tricycles.

It added that four more riders were supposed to join the parade but they withdrew after experiencing engine and tire problems.

The previous record holder was Beijing, China after a parade of 317 motorcycles with sidecars took place at the Beijing Goldenport Internaational Motor Park on June 13, 2004.

Cauayan is a third-class city with a projected population of 128,032. IDL