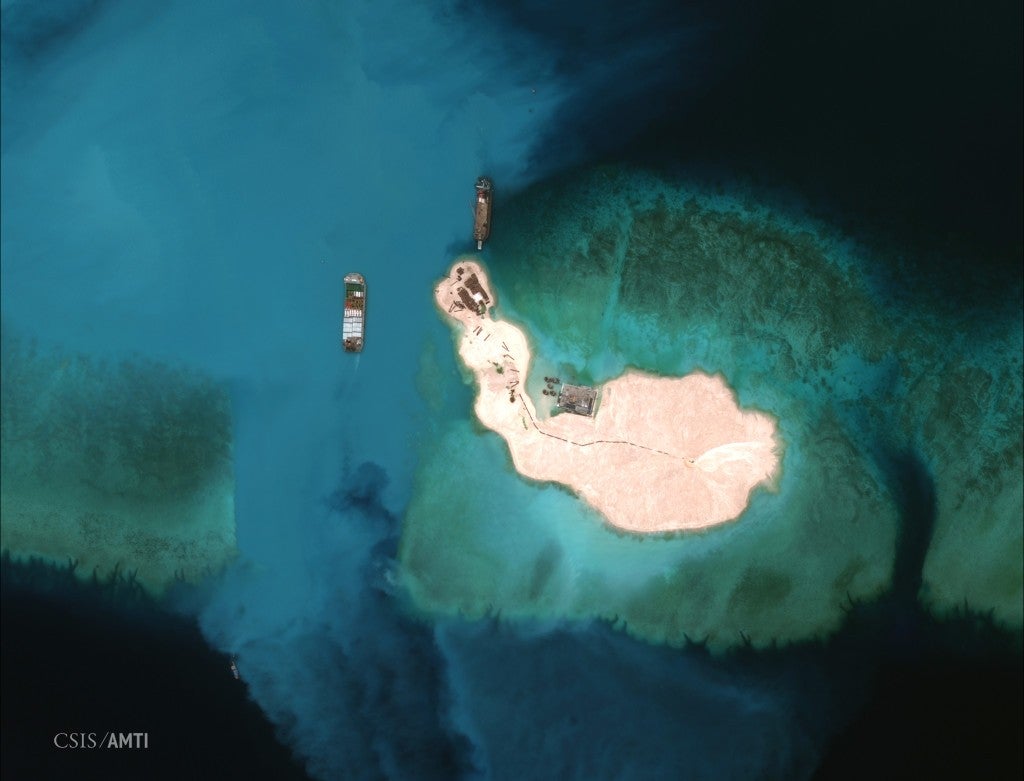 THE reclamation activities of China in Panganiban (Mischief) Reef, an area within the Philippines’ exclusive economic zone in the disputed West Philippine Sea (South China Sea), has progressed in a few months, latest satellite images showed.

“A chain of small, artificial land formations is visible. New structures, fortified seawalls and construction equipment are present at several locations along the reef, the Washington-based Center for Strategic and International Studies’ Asia Maritime Transparency Initiative said on its website.

The images were taken last March 16.

“Several dredgers are also present, and construction appears to be ongoing,” it added.

The entrance to the reef has also been expanded to a width of about 275 meters.

“The southern platform has been further expanded using sand recovered from the reef’s southern entrance,” the CSIS said. 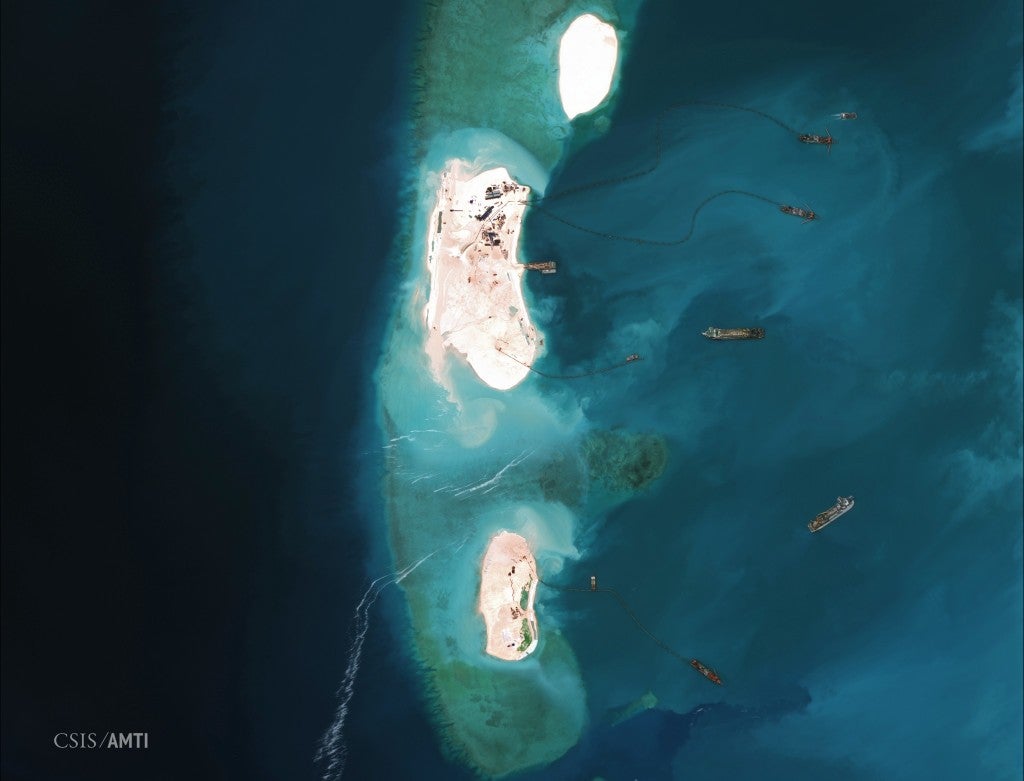 Last February, the Philippines said that the Chinese was engaged in dredging activities in the Panganiban Reef.

It was in 1995 when China first occupied Panganiban Reef and built a military garrison.

China has claimed most parts of the resource-rich West Philippine Sea and has been building structures in disputed areas to assert its territorial claim.

“It’s a major or critical concern in our national security, implications of such action is beyond measure…They have to dismantle it. It’s a concern not only of our country but of the whole international community,” he said.

He said China’s moves would also have economic implications.

The Philippines has a pending arbitration case concerning China’s massive territorial claims in the disputed waters but the latter has repeatedly refused to participate. AC

Read Next
US, Japan echo pledge of defense, maritime cooperation with PH
EDITORS' PICK
Smart poised to turn PH into ‘Smart 5G country’ with nationwide rollout
Full operation of more sectors, businesses pressed to spur economy
New Vatican ambassador to PH named
Water remains our saving grace right now
We don’t want gov’t to fail, because it’s all of us who will suffer and die — Robredo
Get 80% OFF Ignite 2020 Cyber Tickets starting 28 September
MOST READ
Fernandez: Velasco camp ‘betrayal’ pushes call to retain Cayetano as Speaker
Palace: Some cities in Metro Manila eligible for MGCQ
Mayor Treñas tells Locsin: Iloilo City is much better than what you think
Duterte not keen on extending term — Palace
Don't miss out on the latest news and information.