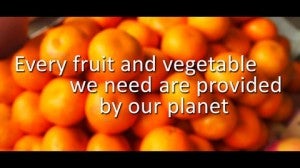 Winning video by Alfonso Orioste Jr. of the Philippines.

SAN FRANCISCO – A short video “My Promise” by Alfonso Orioste Jr. of the Philippines was among the winners of Short Food Movie, the global project of the Fondazione Cinema per Roma and the Centro Sperimentale di Cinematografia.

The winners were chosen by Expo Milano 2015 (Italy, May 1– October 31) to promote the Universal Exposition around the world.

The winning directors get a trip to Milan and admission tickets to the Universal Exposition.

Filmmaker Ferzan Ӧzpetek chaired the jury, and the winning videos were selected among the most voted short films on the portal www.shortfoodmovie.expo2015.org. The theme was Expo Milano 2015’s “Feeding the Planet, Energy for Life.”

My promise by Alfonso Orioste Jr. (Philippines), Back to the Food by Michael Donatone (Italy), Col cibo non si scherza (You Can’t Fool Around with Food”).

The jury also announced its verdict for the contest promoted by Technogym (Official Wellness Partner of Expo Milano 2015), reserved for videos in the category “Food & Wellness.” The winner is MELA by Federica Tantardini (Switzerland), who wins a trip to Italy and a visit to the Technogym Village in Cesena, the world’s first Wellness Campus.

All the videos that have been submitted will become part of a giant video-installation located in the Zero Pavilion of Expo Milano 2015: an immense digital and multicultural exhibit with over 900 videos on the theme of “Nutrition-Life, that will cover an area of 600 square meters and feature film clips from 61 countries, from Italy to China, from the United States to Australia, from Portugal to Argentina, from Russia to Cuba to the United Arab Emirates.

How to join Short Food Movie until April 30

The 20 most voted videos in the category “Zero Hunger Challenge” uploaded onto www.shortfoodmovie.expo2015.org on or before April 30, 2015 will be reviewed by the Jury appointed by the United Nations and chaired by Costanza Quatriglio, the Italian director of the award-winning films Terramatta, L’isola, Con il fiato sospeso and Triangle, which won the Nastro d’Argento 2015 as best documentary in the “real-life cinema” category. Quatriglio is currently shooting a short film dedicated to the United Nations’ theme for Expo Milano 2015: “Zero Hunger Challenge – United for a Sustainable World”.

The jury will select the best video and its director will be invited to Expo Milano 2015 for the celebration of World Food Day, scheduled for October 16 at Expo Milano 2015.

The best videos uploaded to the platform on the theme of “Food and Wine” will be screened in the Italian Wine Pavilion at Expo 2015, an authentic journey through history, culture, and autochthonous wine productions, organized by Vinitaly and Mipaaf.