MANILA, Philippines – A Vietnamese call center agent was robbed at gunpoint Saturday night by four motorcycle-riding persons while he was walking home to his condominium unit in Mandaluyong City. 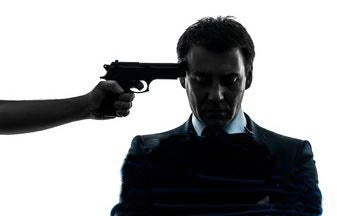 Anh Nguyen Hoang lost his cellular phone worth P60,000 and cash of $30 (P1,344.60) to the still unidentified robbers who held him up at around 9:40 p.m. on Pinatubo Street in Barangay (village) Barangka Ilaya.

The 26-year-old victim told police that he had just come from work and was a few meters away from his condominium when four men aboard two blue motorcycles without license plates suddenly stopped in front of him.

According to SPO1 Joemer Puzon, two from one of the motorcycles alighted from the vehicle and approached the victim, while the other two served as lookout.

Puzon said that the two robbers who alighted from their motorcycle declared the heist, with one pointing a handgun at the Vietnamese national. He added that after the heist, the robbers sped off.

Apart from taking the victim’s cash and gadget, the robbers, who had their helmets on, also got away with Anh’s company ID and alien registration ID, which were both inside his wallet.

Late last week, Mandaluyong City extended for another three years Ordinance No. 550, which bans unrelated men from riding together on motorcycles. For security purposes, the city council introduced an amendment exempting members of the local police’s tactical motorcycle group from the ordinance.

Mayor Benhur Abalos earlier said that while the ordinance has not been a surefire way to deter crimes, it has helped decrease the number of motorcycle-related crimes in the city. SFM/AC