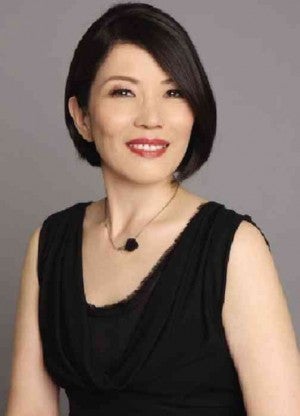 PH’S MOST CELEBRATED PIANIST A Washington Post journalist described Cecile Licad’s music as “the result of intellect warmed by emotion.”

As she unleashed the deepest parts of her soul, eyes closed, head tossed back, her body moved gracefully as she ran her fingers on the ivory keys. Cecil Licad’s performance is a display of a sacred act that captures the rawness of the untamed human emotion.

The world has been enthralled by her formidable technical capability that perfectly blends with the intensity of her music.

Licad is certainly deserving of her title as the Philippines’ most celebrated pianist.

Before becoming the world-renowned musician, Licad started her studies on piano in the Philippines. She began playing the piano at the age of 3 under the guidance of her mother. At 5, she underwent formal piano training with Rosario Picazo of University of the East School of Music and Arts.

The first display of her talent happened at the tender age of 7 during her orchestral debut as a soloist with the Philippine Philharmonic Orchestra.

Even after garnering distinction in the Philippine music scene, Licad pursued her piano studies in the United States. She enrolled at Curtis Institute of Music in Philadelphia. After three years, she studied at Rudolf Serkin’s Institute for Young Musicians in Vermont.

It is through venturing in America that led her to be mentored by three of the greatest performers: Rudolf Serkin, Seymour Lipkin and Mieczyslaw Horszowski.

The competition for the Leventritt Award has been inactive for several years, but in 1980 Licad received the Gold Medal. The acceptance of the prestigious award truly manifested her exceptional talent because she was awarded even without competing for it. Through receiving the Leventritt Award, Licad attained immediate international recognition that eventually launched her global career.

In 1989, she ended her career in CBS after recording an outstanding album of [Robert] Schumann’s piano music. She then became part of EMI where she recorded music with Nadja Salerno-Sonnenberg. They also performed together at Lincoln Center.

When Licad was part of the Music Masters label, she recorded some of her greatest works—the two discs of [Frédéric] Chopin and [Maurice] Ravel. Licad is highly associated with the works of Chopin.

Music critics often acclaim her for perfectly exuding his music as though she has been part of his life. As early as 11 years old, she already astounded the judges with her phenomenal rendition of Chopin’s F Minor concerto during her audition for Manila Young Artists. She won the competition despite one of the judges’ assumption that the Chopin concerto was not for her age.

Her recordings of the F Minor Chopin concerto with André Previn and the London Philharmonic made her the recipient of the Grand Prix du Disque Frédéric Chopin in 1985. Chopin is certainly a significant influence in Licad’s brilliance.

In the mid-’90s, the classical musical market went to an economic downturn which ultimately caused the downfall of Music Market; Licad’s recordings were adversely affected by the incident.

This, however, shifted her focus on her concerts and tours. She has been a soloist of 13 orchestras from different parts of the world. In North America, she performed with the Chicago Symphony Orchestra, Los Angeles Philharmonic, Philadelphia Orchestra, the New York Philharmonic and many others.

Even after becoming a globally renowned soloist, she returned to the record market in 2003. Her comeback was marked by her brilliant piece of the composition of Louis Moreau Gottschalk for the Naxos label.

This recording was featured in the film “Louis,” which honored the life of jazz singer Louis Armstrong. The film was shown in Chicago’s Symphony Center and at Apollo Theater in New York City, as well as in Detriot, Bethesda and Philadelphia.

Furthermore, as a renowned chamber soloist, she has been part of long list of ensembles which includes the New York Chamber Symphony, St. Paul Chamber Orchestra, Guarneri Quartet, Takács Quartet, Chamber Music Society of Lincoln Center and Music from Marlboro.

Her exposure in the international music scene earned her the distinction of “a pianist’s pianist” from The New Yorker.

In one of Licad’s concert, a journalist from the Washington Post described her music as “the result of intellect warmed by emotion.” Her rendition of the [Carl] Czerny etude is popular for radiating the warmth and soulfulness of her music.

Licad is lauded for her toughness and resilience which was perfectly captured during her outreach concert in Tuguegarao.

Despite the bad weather, Licad attended the event and even went to a side trip in Banaue. She was, however, trapped by a series of mudslides, but it did not stop her from reaching her next engagement.

She endured the situation like a true Filipino by walking through a distance of knee-deep mud to get to her destination.

Some may perceive classical music as a thing of the past because most musical geniuses emerged during the early years.

The artistry of Licad is the antithesis of the prejudice attached to classical musicians. Her brilliance as a modern-day virtuoso is a testament that classical music will endure through ages.

In conferring the Pamana ng Pilipino Award to Cecile Licad, President Aquino recognizes her exemplary talent as a world-renowned pianist and musician.