A first in public relations in the country 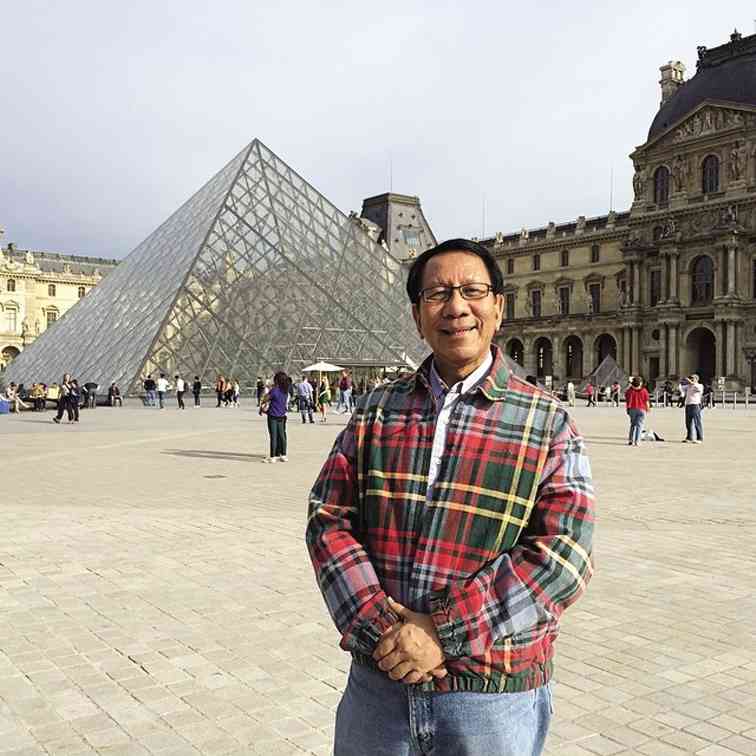 As an International Public Relations Association board member, Edd Fuentes has to attend quarterly meetings abroad. Fuentes in Paris, France, for an Ipra meeting in 2014.

He is an engineering graduate from the country’s top university. But he made a career in advertising, became a successful entrepreneur and recently acquired a first in Philippine public relations.

Edd Fuentes took up Industrial Engineering at the University of the Philippines Diliman.

He went to Manila Science High School and took up Engineering in the belief that the course will give him lots of money.

But Fuentes did not work as an engineer. Instead, he went into advertising. His first job paid him P300 a month but he did not last long and moved on to other agencies ending up in J. Walter Thompson (JWT), one of the then leading ad agencies in the country.

He moved up to become creative director in the group for the Unilever account, one of the biggest accounts of JWT.

He gave up Moviola despite the fact that it was doing well. Some have prompted him to revive Moviola but Fuentes has not totally decided yet.

During those times, he also joined Campaigns and Grey, an agency set up by advertising guru Yolly V. Ong, together with other industry veterans.

But Fuentes says he still felt like an employee so he started doing PR work on the side. He eventually left Campaigns (which still exists today).

Gaining confidence from his growing list of clients he decided to set up his own.

Celebrating 25 years this 2015, Fuentes also made history becoming the first Filipino to become a member of the board of the International Public Relations Association (Ipra), a worldwide group whose members, totaling over 1,000, are only senior public relations executives—owners of agencies or the heads in the companies.

Ipra is London-based and has been around for 60 years. In the Philippines, it was set up about 20 years ago.

Membership is by invitation only. Fuentes says as a board member he has to attend quarterly meetings abroad.

“There are lot of (ad) agencies coming in (the country). It’s best to have agencies being recognized globally.”

Fuentes adds, “There’s a whole new world for us globally and the fact is many of us are just as capable as the agencies abroad.”

On the local PR market, Fuentes says he is “reinventing PR. We are shifting to digital—online news portals, independent news portals, social media and blog sites. We are studying how to design every platform and learning all these.”

He adds that there have been many developments in social media and traditional ones.

He says when he was interviewed in Poland when he became a board member of Ipra, Fuentes says “PR in the Philippines is shifting but digital is not yet the main media.”

But he states that there are already clients that have moved to digital media.

Revillame tells Roque: ABS-CBN is in my heart despite being in rival network

Duterte on Philippines’ COVID-19 figures: Not so bad