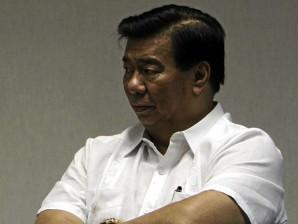 MANILA, Philippines–Senate President Franklin Drilon will represent President Benigno Aquino III, the government and the Filipino people at the state funeral of Singapore’s first prime minister, Lee Kuan Yew, who died Monday at the age of 91.

Drilon said the state funeral will be held on March 29, 2015, at the Singapore University Cultural Center.

“The President has asked me to represent him and the Filipino people as we join the nation of Singapore in this time of grieving for the loss of a great Asian leader, former Singaporean Prime Minister Lee Kuan Yew,” he said in a statement on Tuesday.

The Senate leader said he will be joined by Foreign Affairs Secretary Albert Del Rosario and Finance Secretary Cesar Purisima.

Drilon said the Filipino people are deeply affected by Lee’s death, who, he said, inspired many leaders of various nations, including himself.

“Lee Kuan Yew showed us that resolute political will can positively transform nations and societies and uplift them from the shackles of poverty,” he said.

Lee has been recognized by the world for transforming Singapore into an economically stable nation. He served as Singapore’s prime minister for 31 years, the longest serving prime minister, from 1959 to 1990.