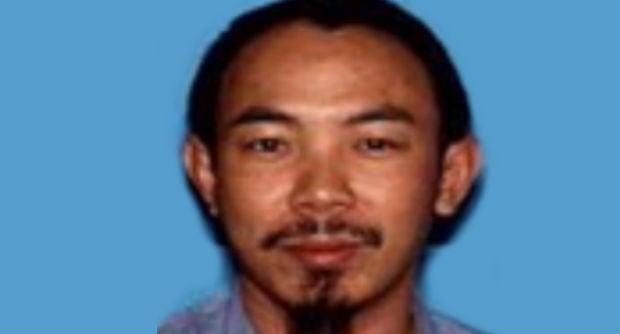 MANILA, Philippines–It was his role as an efficient facilitator in the jihadist network in Southeast Asia that made it imperative for the Philippines to neutralize Zulkifli bin Hir, alias “Marwan,” even if he was not the deadly terrorist that sacked Special Action Force (SAF) Director Getulio Napeñas portrayed him to be, according to National Security Adviser Cesar Garcia.

The Inquirer last week sought Garcia’s comment on the claim of the Institute for Policy Analysis of Conflict (Ipac) that Marwan was not a terrorist leader in Mindanao with impeccable bomb-making skills, as was declared after police commandos killed him in a daring raid in Mamasapano, Maguindanao province, on Jan. 25.

In a 15-page paper titled “Killing Marwan in Mindanao,” the Ipac noted how the Mamasapano debacle “raises questions about the intersection of counterterrorism and conflict resolution and their sometimes competing objectives.”

“Those questions would have been important to address even had Marwan proven to be the master bomber that his reputation suggested. They become even more pressing if he was not,” it said, citing former colleagues of Marwan who had nothing impressive to say about the slain terrorist.

Garcia said some of those who make up the Ipac were “very good … but their information came from old sources.”

“The information may have been correct 10 or 15 years ago. But through the years, the prominent jihadists had either been killed or arrested that Marwan grew in importance in so far as being a facilitator for the jihadists in the region are concerned,” Garcia said.

Certainly, Marwan was by no means as prominent as Jemaah Islamiyah (JI) leaders Dulmatin or Umar Patek, Garcia said.

In fact, he added, Napeñas’ description of Marwan as the “most notorious bomb maker not just in Southeast Asia but the world” was “a bit overstated.”

“[Marwan] is being given more honor than he deserves,” Garcia said.

But after the Southeast Asian terrorist group JI was broken up, which Garcia credited to the Indonesian government, the jihadists in the region “became a loose network.”

Shortly after Marwan was killed in the Mamasapano raid, Garcia told the Inquirer that the Malaysian-born terrorist was the conduit in Southeast Asia for the Islamic State (IS), the jihadist group in the Middle East also known as Isis and Isil.

Garcia said then that only Marwan had the status to link with other international terrorists. Not even his deputy, Basit Usman, has that stature, Garcia said.

Usman and another associate of Marwan, Malaysian-born Amin Baco, alias “Jihad,” escaped capture in Mamasapano. They are now being hunted by the military.

In a separate interview with the Inquirer, a ranking military intelligence official described Marwan as an “average” terrorist.

“He wasn’t really a leader. He has a huge reward from the US but he’s really just average in terrorism skills. While he was able to teach others to make bombs, he was more of a supporter of terrorist cells. He had access to them,” said the official, who requested anonymity.

The official added that Marwan and his followers also expressed support for IS because it was the best-known terrorist organization today.

“They also expected that by supporting Isis, which has a lot of money, it would send them funds as well. Marwan was an instructor and a conduit of finances,” the source said.

The carnage that ended the SAF operation left the peace agreement, hammered out over nearly two decades, in doubt.

President Aquino, however, continues to lobby for the BBL’s passage. He wants to make the achievement of peace in Central Mindanao one of the legacies of his administration.

Congressional leaders have agreed to pass the autonomy law by June, before Congress adjourns.