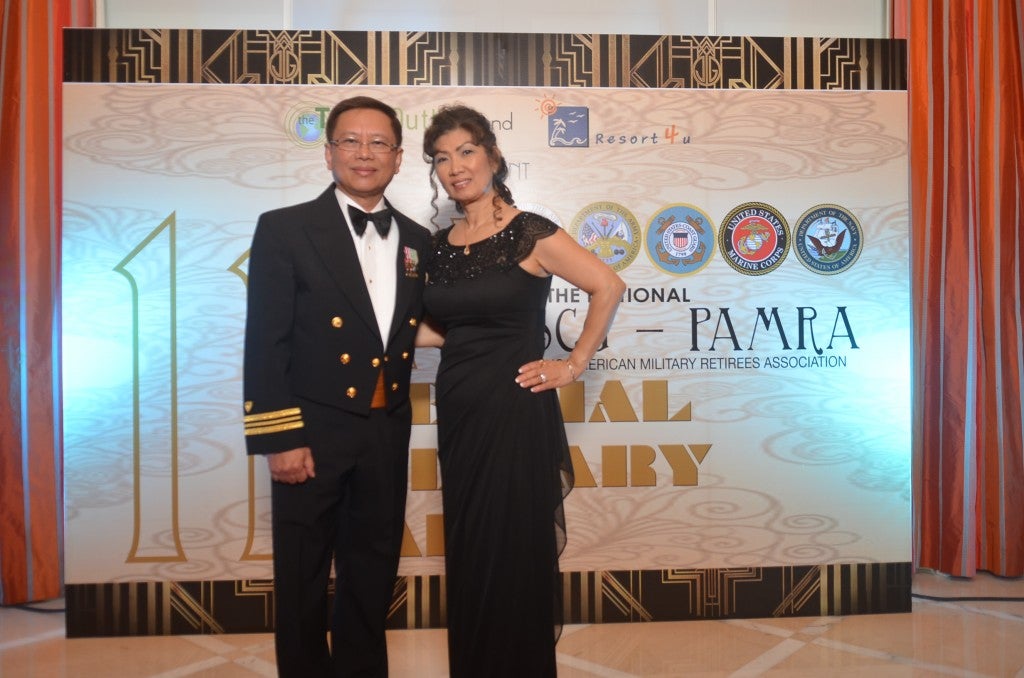 The Pamra activities started with a tour in Batangas and Bicol that included visits to heritage structures, historical and natural landmarks, churches, enjoying and immersing in various cultural activities and of course feasting, on native delicacies.

This biennial week long engagement is a chance for the Pamra members, not only to visit their land of origin, but also a way for these indefatigable men from the military service – comprised of retired members of the US Coast Guard, US Navy, US Army, US Air Force, US Marine Corps, Noaa, USPHS, and US Merchant Marine – to help the local economy via tourism and encourage second and third-generation Filipino-Americans to get to experience and appreciate the country of their grandparents and parents.

LCDR Ireneo “Reno” Villanueva of the US Coast Guard (Ret.), currently the president of Pamra shared: “Pamra was founded in 1995 and most of the coast the coastguards who retired went back to the Philippines for a vacation. The first event happened at the Manila Hotel. After their vacation, the group was formed and since then, a reunion every two years transpires here in Manila.” 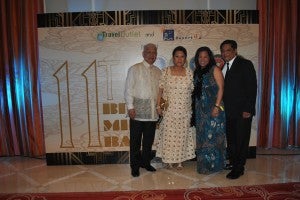 Roy and Naomi Estaris of The Travel Outlet. CONTRIBUTED PHOTO

Villanueva served for three decades in the US Coast Guard and now that there is more time in his hands to enjoy the fruits of his labor, he and colleagues look forward to the biennial reunion tour.

He stressed: “We can travel anywhere else in the world but we choose our country, the Philippines. This is our small effort of paying respects to our roots and giving back, especially in terms of tourism.”

Villanueva shared that a lot of Pamra members have inspiring love and life stories to tell, worthy of an episode in a weekly drama or even a movie.

“Well, if there are people who will be interested, we have wonderful stories that we can share, stories of inspiration, of hope, of survival, of the tenacity and resiliency of the Filipino. Malay mo, meron ding nasa ganoong position namin dati and because of our stories, they will look at life differently and that our experiences will make dream, aspire and make it realities,” he added.

Capping the tour was the Pamra Ball, whose inspiration came from the film “The Great Gatsby,” which recently happened at the Solaire Grand Ballroom.

Majority of the gentlemen guests were in their military uniforms while their spouses were in red-carpet worthy gown or in their roaring 20’s fashion ensemble.

Highlights of the ball include the observance of military traditions such as the presentation of colors, tribute to both prisoners of war and missing in action by MCPO Rudy Palustre, USG (Ret.), salute to the services—military service’s theme songs were presented by LCDR Reno Villanueva, USCG (Ret) and played accordingly, the Navy’s “Anchors Aweigh,” the Marines’ “Marines’ Hymn,” the Army’s “The Army Goes Rolling Along,” the Air Force’s “Wild Blue Yonder,” and the Coast Guard’s “Semper Paratus.

There was also a special tribute given to military spouses. 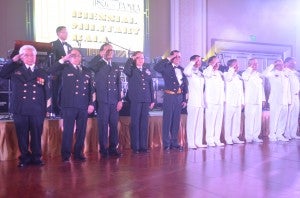 Highway ’54 provided the dance music for the “Great Gatsby”-themed ball.

Partnering with Pamra for this biennial reunion tour were The Travel Outlet, headed by Naomi and Roy Estaris, FullHouse Asia and the Department of Tourism.

Naomi Estaris of the Travel Outlet said, “We are in one with the members of Pamra in their mission to give back to their homeland through this biennial tour and ball. Every time we do this event with them, we are filled with so much happiness because these gentlemen and their partners, they never forget the Philippines.

“They love the bayan na kanilang sinilangan and they want their kids and apos to appreciate their heritage. And after each tour, we get a lot of letters from them, most especially from the young ones who joined them during the tour, so thankful for giving them the opportunity to experience the beauty and the culture of their home country. And when we read these emails from them, we at Travel Outlet, we cannot help but smile. We feel their love. We love the Philippines so much that is why we never tire of organizing the Pamra tours,” she added.

American retirees, the next big business for Philippines

10 reasons why Philippines should be considered retirement destination