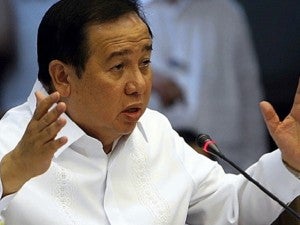 Gordon was part of the Philippine delegation to the Third United Nations World Conference on Disaster Risk Reduction, along with Sen. Loren Legarda and Social Welfare Secretary Dinky Soliman, held in Sendai, Japan, from March 13 to 18.

Presiding over a high-level session at the conference, Gordon narrated what the Philippine Red Cross had done to strengthen its disaster preparedness, resilience and capacity building.

Gordon led the “Session on Enhancing Community Resilience and Safety.”

Held on March 17, the session was attended by 150 delegates from Red Cross and Red Crescent National Societies worldwide and other UN agencies. It was organized by the International Federation of the Red Cross and Red Crescent Societies to promote the efforts of the 189-member national societies at building community resilience with the aim of exploring other ways of building effective partnerships at all levels.

In his opening remarks, Gordon presented the PRC Program on Red Cross 143 in the community which is the basic strategy to develop community resilience.

“The 44 volunteers (one leader and 43 members) of Red Cross 143’s main task is to be the first to assess, report and disseminate early warning messages and responses to any disaster in their community. They are expected to implement disaster risk reduction by learning how to predict, plan, prepare and practice. The 4P’s are the key elements in risk reduction,” Gordon said.

The PRC chair endorsed to the international leaders the “One Billion Coalition,” a project of the International Federation of Red Cross and Red Crescent Societies which urges international partnerships among all sectors “to promote community resilience in their respective groups.”

Citing a Food and Agriculture report, Gordon said farmers would have to produce 70 percent more food by 2050 to meet the needs of the expected 9-billion world population.

In a news release issued later in Manila, Gordon said, “This means that to meet the world’s future food needs, a major sustainable intensification of agricultural productivity on existing farmlands will be necessary.”

Gordon stressed the importance of adopting a culture of resilience to make communities better prepared to handle the recurring cycle of disaster and poverty.

The UN conference mainly tackled the successor framework to the UN Hyogo Framework of Action (HFA) negotiated 10 years ago.

The HFA—a 10-year plan of action to make the world safer from natural hazards—explains, describes and details the work needed to reduce disaster losses.