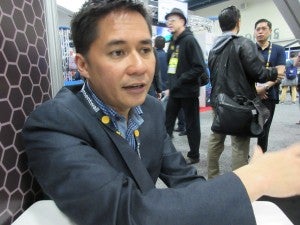 It was the first time that the Philippines came to the three-day expo with representatives from the government, academe and private sector.

“We have a few companies like Sony outsourcing some of their artwork in the Philippines. We have Filipino contacts in Microsoft and other companies, based here and in Canada, who support this sector,” Dinsay reported.

“We do a lot of artwork for them, some programming and tech support services. We sell a lot of art – background work, object design and detail work like face-rendering and constructs. (The government) is supporting it because it is one of the fastest growing industries and it has a lot of potential.” 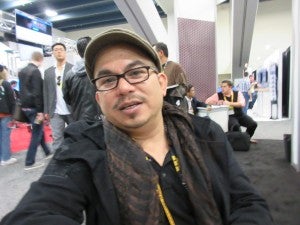 In 2013, the Game Developers Association of the Philippines (GDAP) reported revenues of US$150 million. At that time, there were 60 game development outfits and a total workforce of 4,000.

Dinsay also said that the Philippines already had a presence at the 2010 Game Developer Conference (GDC).

At this year’s GDC in Moscone Center, GDAP President and Synergy88 Digital Director of Business Development Alvin Juban led a delegation of 15 from the game developers sector in the Philippines.

These include: Synergy 88 Digital, the multiplatform provider for IOS, Android and Windows; GameOps, the outsourcing provider for game moderation and customer support; Altitude, with its newly launched Run Run Super V on Android/Google Play; and Quickfire Games with its flagship, Wild Season, featuring a farming game more wicked than the cute Japanese game.

Juban said that the first Philippine game developer was Anino (shadow) Games, established in 2001. It had a run of the award-winning Anito (ancestral spirit) games at the Independent Games Festival and the International Mounted Games Association events.

Juban said it has always been the dream of Philippine game developers to create a game based on their folklore. But Anitos are no match for ninjas.

“It’s only recently that Philippine schools launched game (developer)- centric courses,” Juban explained. “The first school that ever launched a game developer course was De La Salle-College of Saint Benilde. They started like five years ago. They had special permission from the Commission of Higher Education to see if there’s a market for it.”

The first enrollees apparently had the misconception that a game developer course meant playing the whole day, Juban recalled. Then they were hit with math and physics. After the first term, classes were cut in half.

“Now, people know it’s a serious course,” he added. “Ateneo is just launching its own. UP still doesn’t have it and needs more computers. De La Salle’s four-year course is more centered in art, while Ateneo’s is more of computer science.”

Currently, the most predominant game in the Philippines are casual games, Juban reported. “These are games that don’t need much dedication. You won’t lose anything when you turn them off any time. If you’re waiting for a cab, you tinker with casual games to kill time.”

Casual games are usually meant for cell phones and mobile devices. “A mobile project – from conceptualization to publishing – would take three months. With projects for, like, Sony X-box, it would take up to two years (to develop a game),” Juban said.

He also observed that game developers in the Philippines “are mostly art conceptualizers and producers. We need more programmers and we’re pushing academe to launch more computer science-based game courses.” 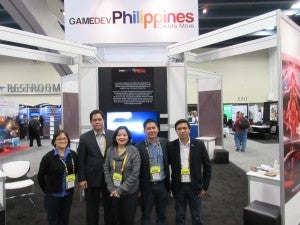 The typical Philippine game developer, he said, is 23 to 24 years old, usually in fine arts, multimedia or anime. “They are as quirky as their US counterparts, but because they like what they do, you will find them in the more affluent spots.”

“We can use the many Filipino illustrators at Marvel and DC for concept art. We got to invite some recently but they don’t come back. Why would you if you work in, say, San Francisco and your salary level here is at the CEO level in the Philippines,” Juban said.

Juban is like many of the start-up entrepreneurs and innovators who have studied the US model. The first thing Filipino developers need to learn is how to make money, he said. “You’ll need to find a company willing to invest a lot of money in you. Will the West appreciate our games? Will Taiwan buy our Tikbalang (a half-man, half-horse creature from folklore)? You’ll need to doa lot of study and take it to the market.”

Game development is a trending technology not yet dominated by India or China in Asia. The young and fast-growing industry counts among its players in Asia: Indonesia, South Korea, Singapore, Malaysia, Taiwan and the Philippines.

There are many facets of game development that are Asian, including anime art, epic storytelling and the role playing game mold of increasing complexity in Bruce Lee’s “Game of Death.” Pioneer Japan has its own Gamasutra event and was not represented at the GDC, Moscone.

With companies like Nintendo, Sony, Konami, Namco Bandai, Sega and Capcom, it came as a shock to many avid fans that one of the pillars of gamedev is weakening because of more corporate strictures on creativity.

But elsewhere in the expo, Chile contends that it is the number one game developer in Latin America even as Brazil claims the same.

Juban, however, said, “It’s not really anything different about game developers in the Philippines. I’ve dealt with a lot of cultures and when you’re done with a project, thy say they always find it easier to collaborate with Filipino game developers. Obviously, we’ve got the advantage of (proficiency in) English. But aside from that, we have the natural trait for being hospitable and accommodating.”