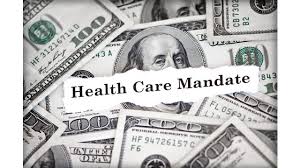 SAN FRANCISCO — A new scam targeting immigrants has gotten the attention of Uncle Sam. Some tax preparers have been misinforming and or even outright scamming Deferred Action for Childhood Arrivals (DACA) beneficiaries by making them pay a penalty for not having health insurance.

On Wednesday, March 11 the Internal Revenue Service (IRS) released a statement clarifying that there is no such penalty for undocumented immigrants or for DACA recipients.

DACA is a program announced by President Obama in 2012 that gives temporary protection against deportation to undocumented immigrants who came to this country as children.

“[Health] advocates have been asking [the Obama administration] for a month to provide [tax preparers] some clarity,” said Angel Padilla, a health policy analyst at the Washington, D.C. office of the National Immigration Law Center.

Up until the IRS statement, he said, they did not have “something official we could point to from IRS that makes this clear. Now we do.”

The IRS website now reflects the clarity that advocates have been pressuring it to spell out: Individuals who are not U.S. citizens or nationals and are not lawfully present in the United States are exempt from the individual shared responsibility provision. For this purpose, an immigrant with Deferred Action for Childhood Arrivals (DACA) status is considered not lawfully present and therefore is eligible for this exemption. An individual may qualify for this exemption even if he or she has a social security number (SSN).

The confusion arises from a policy under the Affordable Care Act (ACA) that requires nearly all Americans to have some form of health insurance, or face a penalty. 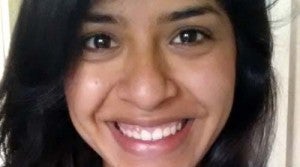 DACA recipient Ana Alcantara, 22, was misinformed by her tax preparer and ended up paying an unnecessary penalty. NAM PHOTO

For 2014, the first year the policy went into effect, the penalty for failing to get such coverage was $95 per adult and $47.50 per child, or 1 percent of taxable household income, whichever was greater. The penalty will increase in subsequent years.

But the requirement to have health insurance does not extend to undocumented immigrants or DACA beneficiaries. That’s because they are not lawful residents. DACA is only a benefit eligibility category, not an immigration status.

It is a distinction that neither the Department of Health and Human Services nor the Internal Revenue Service made clear on their websites until now, Padilla said.

“That lack of clarity trickled down to tax preparers,” he said.

Brenda Ordaz, a representative of the Coalition for Humane Immigrant Rights of Los Angeles (CHIRLA) and a health navigator for the state’s health insurance marketplace, has seen the confusion first hand.

A DACA recipient herself, Ordaz says other DACA recipients have been coming to her, asking why their tax preparers were making them pay penalties for not having health insurance.

She said one tax preparer asked a DACA client to pay her the penalty directly and in cash, rather than asking the IRS to deduct it from his refund.

“I’m sure some preparers are doing this to undocumented people as well,” Ordaz said.

Los Angeles resident and DACA beneficiary Ana Alcantara, 22, says her tax preparer told her she had to pay the penalty when he discovered she didn’t have health insurance. She reluctantly agreed to have the $95 deducted from her nearly $850 tax refund.

Alcantara didn’t know she was exempt from the requirement. She also didn’t know that she could have enrolled in California’s state-funded Medi-Cal program as soon as she received DACA in 2013.

Even though DACA recipients are banned from accessing any federal programs, they qualify for state-funded Medi-Cal – something that many aren’t aware of.

Meanwhile, tax preparers themselves say they don’t always know if their client is a DACA recipient. One tax preparer acknowledged that she had filed tax returns for a number of clients that included the penalty because they had failed to tell her that they were DACA beneficiaries.

“It’s hard to know because a lot of clients don’t open up,” explained Azucena Lopez, co-owner of Gonzales Tax Services in Madera, California. She said she had assumed they were lawful residents when they told her they had a work permit and social security number.

Since she became aware that her clients were DACA recipients — and were exempt from the penalty — Lopez says she has been filing amended tax returns. Alcantara’s tax preparer also has agreed to file an amendment so Alcantara can get her $95 back.