So vs. Nakamura in October Vegas Millionaire Chess Open 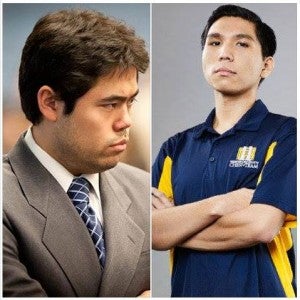 LAS VEGAS, Nevada — After squaring off in the U.S. Chess Championships, grandmasters Wesley So and Hikaru Nakamura will face each other again in the rich Millionaire Chess Open in October at the Planet Hollywood Resort & Casino.

While the billing as the U.S. No.1 chess player will be up for grabs in the U.S. championships scheduled later this month in Saint Louis, Missouri, a cool $100,000 will go to the champion of Millionaire Chess Open.

The 21-year-old So will defend his title in the Las Vegas tournament, which Nakamura skipped last year.

With three weeks before the March 31 deadline to register, So and Nakamura headline a cast of 301 participants, including 30 grandmasters and two women grandmasters from around the globe.

Registration is actually open just before the October 8-12 tournament, but the regular registration fee of $1,000 for the Open Section ends on March 31.

“I firmly believe this year will be stronger than last year,” said Grandmaster Maurice Ashley, founder of Millionaire Chess with entrepreneur Amy Lee.  “With the inclusion of Nakamura, we have incredible star power and chess strength at the top.”.

He said the tournament would not just be a Nakamura-So show.

“There will be top players who smell the $100K and want a piece of the action too! Still, those two players will make the event incredibly tough,” Ashley said.

Just like the inaugural event last year, the first seven rounds of every section (there are five), will be qualifying rounds to determine four finalists.

The finalists will play two knockout rounds to determine who wins the top prize.

So outplayed Webster University teammate and roommate Ray Robson last yto bag the $100,000 prize, one of the richest in chess history.

That victory — and the prize money — may have played a big part in So’s decision to drop out from school and become a full-time, professional chess player.

So has since joined the world’s elite players, getting invitations to topnotch tournaments and having an opportunity to go up against the best players, including world champion Magnus Carlsen of Norway.

Currently, So is ranked No.8 in the world with a live rating of 2788.0 while Nakamura, who registered wins in two strong tournaments recently, is rated No.3 with 2798 elo points.

Who is the top dog in U.S. chess is likely to have been decided by the time they meet in Las Vegas, with the national championships, scheduled March 31 to April 14, the first time in a long while that two world’s top 10 are participating in the same U.S. championships.

Aside from So and Nakamura, 12 American grandmasters with a combined 2732 rating average are entered, bringing together one of the strongest fields ever to compete for the national title.

A hectic two-games-a-day schedule will be used in Millionaire Chess, with each player making 40 moves in two hours. Both sides will then have 30 minutes to play the rest of the game.

A Filipino grandmaster, Rogelio Barcenilla, Jr. is seeded 25th in the Open Section with 2581 rating.

So is decisively beaten by top US chess player; no title at stake