‘Japanese ship to stay under’ 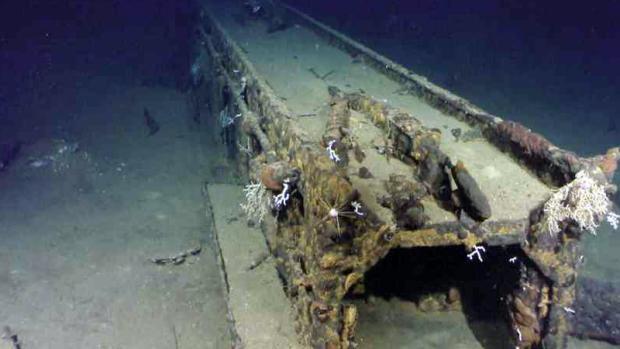 MANILA, Philippines–The presumed wreck of one of Japan’s most famous World War II battleships whose discovery in the Philippines was announced by Microsoft co-founder Paul Allen is unlikely to be salvaged, a Malacañang official said.

The American billionaire said on Wednesday his exploration team had found the Musashi under the Sibuyan Sea in the Visayas some 70 years after it was sunk by US forces during the war.

Excited historians have likened the discovery, if verified, to finding the wreck of the Titanic, the famed passenger liner that sank in the Atlantic Ocean after colliding with an iceberg in 1912.

officials were contacting Allen to “coordinate” on what to do with the wreck, which Allen says lies a kilometer under water.

However, the Musashi will likely remain where it was found, Valte told state radio.

“There were groups in the past that were also looking for the Musashi and, in fact, a dozen sunken Japanese warships have been found in various places in the Philippines,” Valte said.

“As to…whether it will be salvaged, the answer is no, these are not normally refloated,” she said.

A 2009 law on the conservation of a national cultural heritage will apply to the ship, Valte said, describing the wreck as an “underwater archaeological site.”

Under the law, all cultural properties belong to the state and may not be sold or exported, except temporarily for exhibition or research.

Explorations are also banned without National Museum authorization and supervision. Violators can be jailed for up to 10 years.

“We do have the relevant law that will apply to this particular case and, of course, we do intend to make sure that law is followed,” Valte said.

The 263-meter Musashi was sunk in 1944 during the US campaign to liberate the Philippines from Japanese occupation.

Allen said the discovery was the outcome of an eight-year search for the battleship, backed by historical data from four countries and using “advanced technology” to survey the seabed.

Undersea footage on Allen’s website showed what were described as a valve, a catapult for planes, a gun turret and a starboard anchor.

It also showed the space on the bow for the Japanese empire’s Chrysanthemum seal.

This is a unique feature of the three biggest warships that Japan built during World War II, according to Kazushige Todaka, director of the Kure Maritime Museum in Japan.