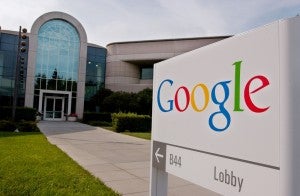 No one knows exactly how many Filipinos are employed at Google and in what capacity, but they’re there among Googlers who “range from former neurosurgeons, CEOs, and U.S. puzzle champions to alligator wrestlers and Marines,” says one of my sources.

Google recruits the outside-of-the-box thinkers and those with a “can-do” attitude. One thing for sure, those we’ve met defy stereotypes, surprised us and busted some myths about those who get into Google.

Despite their differences, Filipino Googlers come together for a common cause, assembling as the Filipino Googlers Network (FGN). Fil-Am rapper and member of the Grammy-winning band Black Eyed Peas apl.de.ap (actual name Allan Pineda) was the special guest at the FGN launch party. In 2011 FGN helped organize President Noynoy Aquino’s interview on YouTube.

Nowadays, FGN functions mainly as a mailing list for organizing network activities and events and for sharing interests.

Busted Google Myth: Only Second Gens Get In

Not true. Case in point: Emily Cruz-Nishi moved to the U.S. in 1999. In 2005 she landed a job at Google. Cruz-Nishi founded Google’s Diversity and Inclusion Program, which spans Kindergarten to Grade 12, community initiatives, scholarships, university outreach, benefits and even business diversity. Today she’s Director for People Operations, leads a global HR team and works closely with Google executives.

And BTW, Emily Cruz-Nishi is the daughter of writer/educator Dr. Isagani Cruz. Cruz-Nishi’s parents are still in Manila. She graduated from the Ateneo de Manila University and earned her MBA from the Haas School of Business at UC Berkeley.

Anzano works on Internet policy and has been with Google for two years. Prior to Google, he was a project manager for Cisco and worked remotely from home in San Diego.

De Leon has been with the YouTube team for two years. He helps manage Google’s numerous TV and film partners. Before YouTube, he worked in Deloitte Consulting’s technology practice for the public sector.

Arturo Corral has been the Operations lead at Google’s Self-Driving Car project for two years. He “is probably one of the few at Google without a college degree.”  But check out his qualifications: ten years as electrician and operator in a nuclear submarine in the U.S. Navy. Corral was attached to a nuclear ballistic missile submarine out of Bangor, Washington, then he spent another three years on shore tour at the Pearl Harbor shipyard. Having worked in a sub was probably his motivation for joining Google. He says, “I know in my heart that I couldn’t go back to live in a metal tube.”

Busted Google Myth: Must Be A Techie To Get In

Cruz-Nishi, Anzano, De Leon and Corral are neither engineers nor programmers. In fact, Cruz-Nishi and De Leon both have degrees in psychology, while Anzano’s is in communications. De Leon got his degree from Boston College. Anzano earned his from UC Berkeley but did portions of his undergrad course work in public policy and government as a visiting scholar at Harvard. He’s still working towards a master’s degree in Stanford.

Everyone agrees that the mostly organic food, gratis at all mealtimes, is the most impressive perk employees have at Google. Fruit, yogurt, granola and cereal are up for grabs at breakfast–a convenient perk for daily rush-hour commuters who otherwise would seize coffee, doughnuts and other heart-stoppers. Healthy choice extends to drinks, with varieties of tea, fruit juice and even flavored bottled water available. While he was at Deloitte, De Leon said he often took the path of least resistance and reached out for pizza or burger after work; it’s a good change. Even after famed Grateful Dead chef Charlie Ayers left Google as executive chef, the cafés he started all over Google still draw the most raves.

At most Silicon Valley technology companies, Dell laptops would be the standard issue. Google is one of the few that issues MacBooks. Thus, the operating system and way of thinking are different from other Valley companies. Of course, there’s a 401K plan, but it’s like time stopped in the 1990s when you take in Google’s other perks that used to be standard in many Valley companies. Google has extensive shuttle services, a day-care facility, gym memberships, weekly massages, on-site doctors and annual events for employees’ families. They even have bring-your-pet days and auto-massaging couches just outside your cubicle for the occasional mental block.

Google is among Fortune’s 100 Best Places to Work. While most companies would consider these perks excessive, especially in these hard times, these perks actually define Google’s corporate culture and its enhanced employees productivity. Stay long enough, and the working condition can become a lifestyle.

When you recruit for a specialist whose work almost merges with his lifestyle, you will find the ideal candidate for Google and various social media. The old-timers might dismiss Googlers as ephemeral trendsetters. But it was a 30-year-old Google executive with a Facebook page who started a revolt in Egypt that ousted longtime President Mubarak in 2011.

Google continues to be a beacon for hopefuls wanting to start careers in social media. It took a page from Hewlett-Packard and Apple in the early days of Silicon Valley–the superstar is not the software or even the search engine, it’s people that run the search engine.

To read more stories about the Filipino diaspora, go to PositivelyFilipino.com