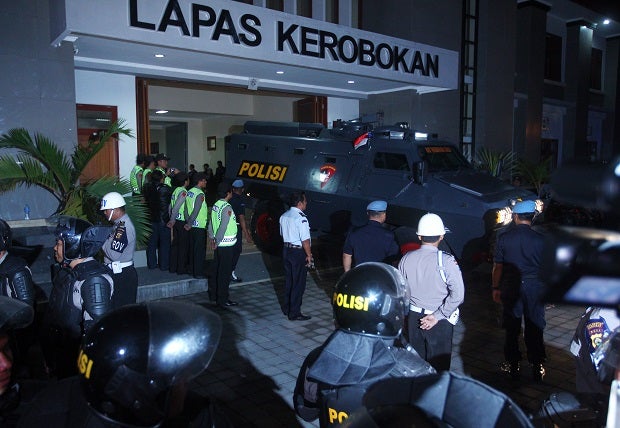 An Indonesian police vehicle carries Australian death row prisoners, Andrew Chan and Myuran Sukumaran during their transfer at a prison in Bali, Indonesia, Wednesday, March 4, 2015. Indonesia is nearly ready to execute by firing squad nine foreigners and an Indonesian condemned for drug smuggling as diplomatic squabbles persist over the executions. The preparations at the execution site have been completed and four foreign convicts will be transferred to Nusakambangan Island’s maximum-security prison facilities this week, said Attorney General Muhammad Prasetyo. AP

JAKARTA, Indonesia — Indonesia on Wednesday transferred two Australians early Wednesday in preparation for the execution by firing squad of nine foreigners and an Indonesian condemned for drug smuggling, as diplomatic squabbles persist over the executions.

The preparations at the execution site have been completed and four foreign convicts will be transferred to Nusakambangan Island’s maximum-security prison facilities this week, said Attorney General Muhammad Prasetyo.

The four are Australians Andrew Chan, 31, and Myuran Sukumaran, 33, who have spent the past decade in a Bali prison, Raheem Agbaje Salami, 45, a Nigerian national who was born in Cordova, Spain, and 30-year-old Filipina Mary Jane Fiesta Veloso. 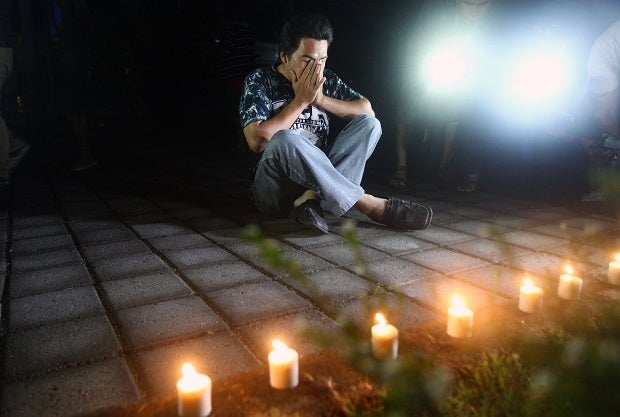 “We are just awaiting a report of their transfer preparation,” Prasetyo told reporters in the capital, Jakarta, but gave no date for the executions. Bali Chief Prosecutor Momock Bambang Sumiarso said Chan and Sukumaran would be moved Wednesday.

Media outside Kerobokan Penitentiary reported Chan and Sukumaran were taken away in two police armored vehicles in a pre-dawn operation involving scores of riot police.

Prison authorities had earlier turned away Chan’s older brother Michael Chan who attempted a visit. Television footage showed Michael Chan walking away from the prison with his brother’s Indonesian girlfriend, who was in tears.

Prison governor Sudjonggo, who goes by a single name, told reporters Chan and Sukumaran did not appear worried as they left the prison.

Sukumaran took several pencils in a plastic bag, clothes, a bible and a drawing book.

“He said: thank you. Take care of his friends,” Sudjonggo said. 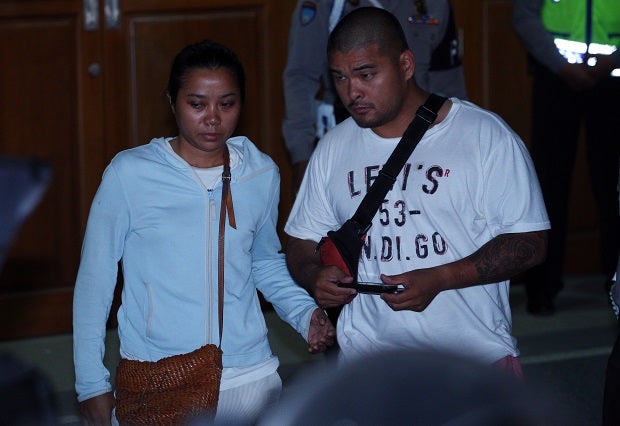 The four convicts being transferred, two Nigerians and four men from Brazil, France, Ghana and Indonesia will be executed simultaneously by a firing squad on the prison island off Indonesia’s main island of Java.

They are Silvester Obiekwe Nwolise, 39, and Okwudili Oyatanze, 40, whose clemency was rejected after he was caught running drug transactions from behind bars.

Jokowi has received phone calls from some foreign leaders asking that the executions be canceled, but rejected their requests. He vowed not to grant mercy to drug offenders because Indonesia is suffering a “drug emergency.”

The Indonesian government last week recalled its newly designated ambassador for Brazil, Toto Riyanto, to protest the abrupt postponement of the approval of his credentials by Brazilian President Dilma Rousseff amid tensions over the imminent execution of its citizen, Rodrigo Gularte, 42. 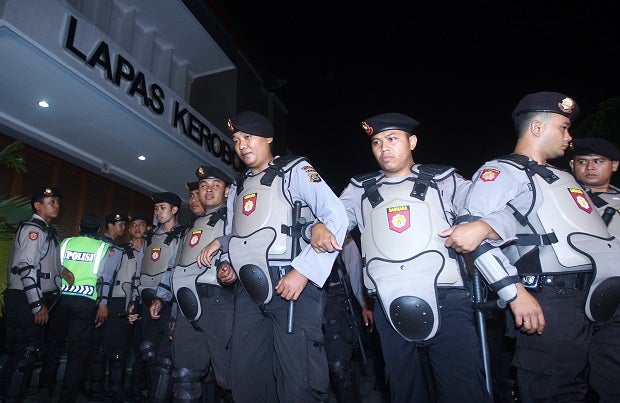 Australian Prime Minister Tony Abbott has called on Indonesia to “reciprocate” for Australia’s $1 billion aid package after the 2004 tsunami by sparing his two countrymen.

As news broke of the pair’s prison transfer, Abbott said his government would continue efforts to spare their lives.

“We frankly are revolted by the prospect of these executions,” Abbott told Australian Broadcasting Corp. radio.

“There were some suggestions earlier that perhaps at least some people in the Indonesian system were having second thoughts, but I’m afraid those second thoughts seem to be dissipating,” he added.