After Mamasapano, can Filipinos still rally to the Flag? 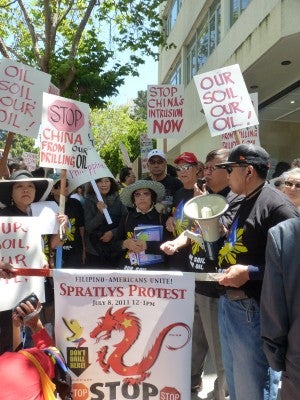 China’s leaders in Beijing must be grinning from ear to ear, toasting their champagne glasses and cheering “Gan Bei!” It has been three weeks since a Chinese ship deliberately rammed three boats carrying 29 Filipino fishermen in Panatag Shoal (Scarborough Shoal) and there have been no protest demonstrations denouncing China’s unprovoked aggression.

The 29 Filipino fishermen reported that they had been out at sea for five days when the huge waves and strong winds of a powerful storm caused them to seek refuge in the shallow waters of the Bajo de Masinloc (Scarborough Shoal). They described to Philippine authorities that on January 29, 2015 they saw at least 10 Chinese vessels patrolling the shoal with armed personnel. One Chinese ship then steered in their direction straight for their outriggers to force them out of the shoal, which is only 125 miles from Zambales and 550 miles from the nearest Chinese port, well within the Philippines’ 200-mile Exclusive Economic Zone (EEZ).

But all the Philippine government could do for its helpless fishermen was to file a diplomatic protest against China for yet another provocation.

In stark contrast, last year when China’s ships rammed Vietnamese fishing vessels that were protesting China’s installation of a $1 billion oil rig within Vietnam’s EEZ, the Vietnamese people erupted with anti-China riots all over Vietnam, forcing China to withdraw its oil rig and its ships in and to repatriate 3,000 Chinese workers back to China.

China’s January 29 attack on Filipino fishing vessels is another example of China “flexing its muscles and preparing for military conflict in Asia,” warned Navy Capt. James E. Fanell, the outgoing intelligence chief of the US Navy’s Pacific Fleet, in a farewell speech to US Navy brass on January 31 at Pearl Harbor in Hawaii.

Fannel warned that Beijing was engaged in “feverish reclamation efforts in disputed reefs and islets in the South China Sea” that he said could soon be converted into naval and air force bases to project its military might and dominate China’s smaller neighbors.

Rally to the flag!

These ominous developments in the West Philippine Sea over the last few years prompted former Interior Secretary Rafael Alunan III to call on the Filipino people to “Rally to the Flag!” in an article that was published on July 27, 2012.

“The time to rally to the flag has come. No less than the President has called for unity in action to deal with this fast brewing crisis that holds dire implications to our future in the years and decades to come.

“A conflict with China will result in unrestricted warfare based on its playbook. That means warfare by any means — militarily (conventional, unconventional, WMD); economically; cyberwarfare; sabotage of strategic infrastructure (information, financial, energy, telecommunications, etc.); exploitation of socio-cultural-economic stresses to divide societies further; etc., etc. We have been given a preview of what it will do to us when it halted the flow of tourists and stopped banana imports for a while a few months ago over the Scarborough issue.

“Our preparedness has to be total as well: we need to “harden” our economic defenses by, for example, actively expanding our markets and trade partners; ensure our food and energy security; and industrialize to generate jobs that may be lost abroad. We need to forge unity by settling the civil wars that divide us; that means removing the root causes of our discontents to prevent its exploitation and our division. And we need to build a credible defense shield over the next 10 years, particularly our navy and air force, something we’ve neglected for decades.

As far as the economy is concerned, Loida Nicolas-Lewis points out that “for the past three years, our GDP is the highest in Southeast Asia. We have a low inflation rate of 2.7 percent this January, and the stock market recently hit a new record high of 7600.

As far as “building a credible defense shield,” Pres. Aquino allocated $2.6 billion for military spending in 2014, and called for passage of the Armed Forces Modernization Bill that would add 75 billion pesos ($1.8 billion) for defense spending over five years to acquire more weapons, personnel carriers, frigates and aircraft, aside from donations of landing crafts from Australia, South Korea and Japan.

We still have a long way to go as far as “hardening our economic defenses” and “building a credible defense shield” are concerned but they are nowhere near as daunting and formidable as “settling the civil wars that divide us.” 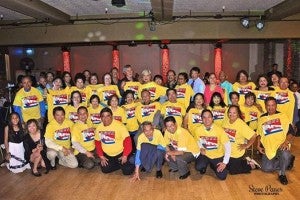 The longest and bloodiest civil war that has divided us has been the conflict between the national government and the Muslim rebels, with roots that go back to the Spanish colonial period. To be a “Filipino” was to be a subject of Spain as the colony was named after Spanish King Felipe. Since the Muslims in Mindanao were never subjugated by Spain, they were never “Filipinos.”

The most recent sustained armed conflict began in 1969 with the formation of the Moro National Liberation Front (MNLF) which was sparked by the massacre of 68 Filipino Muslim military trainees by the government of Pres. Ferdinand Marcos in the incident known as the “Jabidah Massacre.”

After seven years of intense armed conflict that claimed the lives of thousands of soldiers and civilians on both sides, Marcos dispatched his wife, Imelda, to Libya to sign a peace treaty with the MNLF in what is known as the 1976 Tripoli Agreement brokered by Libyan Dictator Moamar Khadafy. The agreement called for the formation of the Autonomous Region in the Bangsamoro Land (ARBL) that form part of 10 provinces in Mindanao. But despite the peace agreement, the civil war continued.

In 1986, after Marcos was ousted by People Power, Pres. Cory Aquino visited MNLF Chief Nur Misuari in Sulu to talk peace. This resulted, which became part of the 1987 Philippine Constitution.

Aquino’s successor, Pres. Fidel Ramos, signed the “1996 Final Peace Agreement” with the MNLF which created the Special Zone of Peace and Development in the Southern Philippines (SZOPAD) and which called for the integration of 5,750 MNLF soldiers into the Armed Forces of the Philippines (AFP).

Despite its name, the agreement did not result in “Final Peace” and the armed conflict continued.

After calling the ARMM a “failed experiment,” Pres. Benigno S. Aquino III signed the Framework Agreement on the Bangsamoro in Malacanang Palace on October 15, 2012 calling for the creation of an autonomous political entity named Bangsamoro to replace the ARMM.

The agreement calls for the Philippine Congress to approve the Bangsamoro Basic Law (BBL) by 2015 in time for local elections to be held in May 2016 for officials in the new semi-autonomous state of Bangsamoro.

Pres. Aquino was hopeful that after 47 years of armed bloody conflict, with congressional approval of the BBL, the country “can finally seal genuine, lasting peace in Mindanao.”

The “SAF 44” were on a police mission to arrest two high-ranking terrorists, Zulkifli Abdhir (also known as “Marwan”) and Basit Usman, but after engaging in a firefight and killing Marwan, the SAF soldiers were ambushed and slaughtered by the Muslim rebels while returning to their forward base.

The palpable anger of the Filipino people at the cold-blooded execution of wounded SAF soldiers has resulted in overwhelming public sentiment against approving the Bangsamoro bill.

The unfortunate result is that the bloody civil war with the Filipino Muslim rebels will continue and escalate even more.

There is another civil war raging between the Philippine government and the Maoist New People’s Army (NPA) that continues to sap the resources of the government. Its front groups in Manila are actively calling for the resignation of Pres. Aquino who is being blamed for the massacre at Mamasapano.

So while China is celebrating the start of the Lunar Chinese New Year, which is the year of the goat, the Philippines is preoccupied with congressional probes to find a scapegoat for the massacre.

So who would notice or care if China seized and occupied another Philippine shoal? Gan Bei!