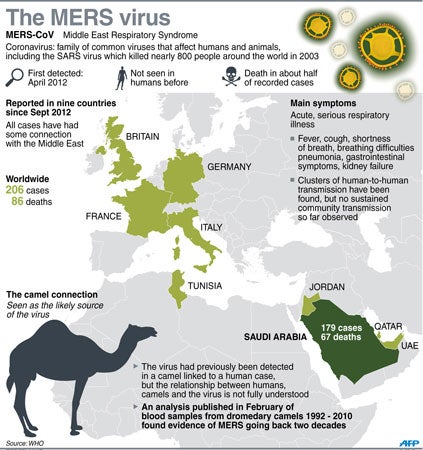 MANILA, Philippines—The Filipino nurse infected with the dreaded Middle East respiratory syndrome-coronavirus (MERS-CoV) has been discharged from the Research Institute for Tropical Medicine (RITM) after a series of tests showed she had overcome the virus, according to the Department of Health.

But Acting Health Secretary Janette Garin said the nurse, the country’s first MERS-CoV case, would still undergo a 10-day home quarantine as part of “routine protocol” but she was no longer contagious.

“We have a very good news. Our index case has already been discharged and is now very much healthy,” Garin told reporters, adding that all three consecutive tests conducted every other day on the patient yielded negative results.

“What does this say? This means that our health system works and we are prepared in terms of containment and detection,” she said, stressing that efforts of the local government unit, the hospital, the media and the health workers played an important role in preventing local transmission.

The nurse, who returned home from Saudi Arabia on Feb. 1, overcame the disease after 18 days of confinement in the hospital.

She was initially confined at the Evangelista Medical Specialty Hospital in San Pedro, Laguna a day after she arrived, showing symptoms of the virus that included coughing, fever, muscle pain and breathing difficulties.

She was transferred to RITM on Feb. 10 when her condition did not improve. It was upon her admission at the hospital in Muntinlupa City that she was found to have been infected with MERS-CoV, which was first detected in Saudi Arabia in 2012.

Garin yesterday said the nurse, who was also pregnant, had been strictly advised to limit her movements outside her home to protect her health and pregnancy since her immune system was still weak.

“She will have a 10-day home quarantine… like an observation period just to be sure. But this doesn’t mean that she cannot [go out]. She is safe to be in the community. All those discharged are also safe in the community,” she clarified.