BBC journalist to Chinese envoy: Stop it, make some friends 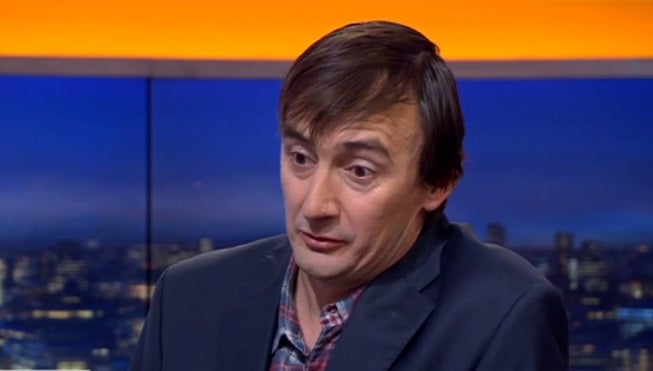 MANILA, Philippines–A British journalist and author of a book on the South China Sea territorial disputes gave an official of the Chinese Embassy in Manila a dressing down at a forum organized by the Department of Foreign Affairs (DFA) on Friday.

“These countries (in Southeast Asia) are petrified of what you are doing. Stop doing it and make some friends,” Bill Hayton, a reporter of the British Broadcasting Corp., told Shan Ao, secretary to the ambassador of China to the Philippines.

Hayton’s statement drew applause from the audience, composed mostly of diplomats and government officers, at the DFA headquarters.

Shan earlier approached the microphone during the open forum to point out that China has no intention of waging a war to defend its nine-dash-line claim in the South China Sea.

“China is not going to start a war. It is not true. [What it aims] is peace and stability in the region,” Shan said shortly after Hayton gave his lecture on “The South China Sea and China’s Geopolitical Interests.”

Hayton and former National Security Adviser and West Philippine Sea coconvenor Roilo Golez were speakers in the conference, which is part of the Foreign Service Institute Mangrove Forum on International Relations.

Hayton is the author of the book “The South China Sea: The Struggle for Power in Asia,” published last year by the Yale University Press.

“Why has China screwed up so badly in the last five years? In 2009, the US is worried about the financial crisis, the war in Afghanistan. You have the Arroyo regime which is pro-China, China has just become Malaysia’s trading partner. Five years later, everything has gone wrong for China. Why?” Hayton said.

“Why did you muck it up so badly? Is it because of the South China Sea? Why, by attaching that U-shaped line to that map that you submitted to the UN (United Nations) in May 2009, you irritated the entire region,” he said.

Just this month, the DFA lodged a diplomatic protest urging Beijing to stop the construction of what appears to be an artificial land in the resource-rich waters of West Philippine Sea.

The Philippines has a pending arbitration case against China, questioning the nine-dash-line or U-shaped-line claim over the West Philippine Sea and invoking the United Nations Convention on the Law of the Sea (Unclos).

The International Tribunal on the Law of the Sea (Itlos), a five-man tribunal, is hearing the case of the Philippines against China.

“China is participating in Itlos proceedings by nonparticipating. It is airing its side through other media, without submitting to the Itlos process,” Golez said.

If Itlos will decide in favor of the Philippines, Golez believed China will abide by the ruling.

“Other countries will come into the picture. Malaysia, Vietnam will be encouraged to act. It will make China appear like a bully,” he said.

At the forum, Hayton expressed his optimism that the Philippines will win the arbitration case.

“I am so confident that the Philippines’ case will be successful because on civil geographical description, its description is right,” he said, referring to the Panganiban Reef where China has been doing its reclamation works.

He noted that under the Unclos, a reef is not covered by the 200-nautical-mile-zone claim from a country’s continental shelf.

Interviewed over ANC on Saturday, Hayton said China was “clearly concerned” about the Philippines’ case before the UN tribunal and had offered “various inducements for it to drop its case.”

‘Smart way to get int’l attention’

“It seems to me a fairly smart strategy for a country which, let’s be honest, is militarily weak compared to China,” Hayton said.

He said the Philippine case was also a “smart way” to get the international opinion behind it.

The nine-dash claim of China covers 90 percent of West Philippine Sea which would effectively reduce the Philippines exclusive economic zone where it has exclusive rights for fishing, drilling and other economic activities.–With a report from Christine O. Avendaño

US toughens stand on sea row