SAN FRANCISCO – With global technological innovation fast becoming as diverse, fast-paced and decentralized, a number of Filipino-American groups are showcasing notable experiences of compatriots active in the field.

The “Embracing Multicultural Entrepreneurship” Speaker Series on February 20 will showcase successful Filipino-Americans who will share some of the experiences, challenges and opportunities of ethnic minority “techies.”

“We want to share these success stories to inform the community that these entrepreneurs are not typical – there are Filipino-American entrepreneurs out there who are doing interesting things and providing innovative solutions,” explained Christina Laskowski, president of STAC (Science and Technology Council) – Silicon Valley.

STAC was initially founded to help facilitate economic growth in the Philippines. Its visionary founder, Dr. Federico “Poch” Macaranas, knew how many Filipino experts around the world have extensive knowledge in these areas.

“Why can’t the Philippine government build on promising sectors and establish hubs around the world for key tools, information and expertise?” Macaranas had wondered.

In 2010 STAC developed a strategic plan to support entrepreneurship and collaboration between governments, academe and the private sector. This could help convert ideas and R&D into globally viable and profitable businesses.

The original Philippine domestic program has now extended to the US, where STAC is promoting businesses there to Filipino-Americans in search of new international collaboration or business opportunities.

Non-Filipinos have also been pleasantly surprised to learn of how much stronger, successful and entrepreneurial minded the Philippines has become in the science and technology fields.

“We are very happy to partner with the STAC Silicon Valley organization and bring these Fil-Am entrepreneurs together,” Global Filipino Network Founder Arnold Pedrigal said recently.

The panel of distinguished entrepreneurs are:

Dr. Marc Loinaz was born in Manila, Philippines and grew up in Makati City. He is an electrical engineer who lives and works in Silicon Valley. He received a B.S. degree in Electrical Engineering from the University of Pennsylvania and M.S. and Ph.D. degrees, in the same field, from Stanford University. Dr. Loinaz was a member of the research staff at Bell Laboratories where he led a team that demonstrated the world’s first single- chip color digital video camera in 1997. In 2001 he co-founded Aeluros Inc., a semiconductor company that pioneered 10-Gb/s serial communication chips that are now widely used in cloud computing facilities. 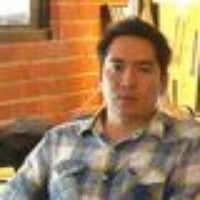 Victor Oliveros is a serial entrepreneur and is currently the CEO of Tiptop Health. He and his team won the Salesforce.com $1 Million Dollar Hackathon in 2013 by re-creating Healthcare.gov. He has a background in computer engineering and immigrated to the Bay Area from the Philippines at age 15.

Tisa Mendoza worked 12 years for high-tech corporations in Silicon Valley before transitioning to lifestyle coaching. Her coaching and public speaking work gained her the reputation as a “Healthy Living Motivator” and was the catalyst for her to produce a weekly radio show, television segments (aired on KRON4-TV in San Francisco), and media-rich web content. Tisa’s company, Buzzledom, will be releasing a community-based sustainable crowd sourcing web app that allows its users to collect all their faves, connect with others, and contribute in positive ways to their community. 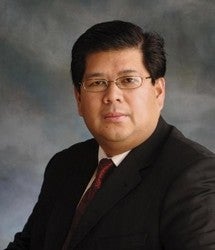 Rene Buhay brings to American Science Products (ASP) over 25 years of an outstanding track record in achieving hundreds of millions in sales with multiple companies via his global channel representing over 80,000 retail storefronts worldwide. Prior to ASP, he was SVP of JK Imaging/Kodak where he managed sales for the Americas, South Asia and Middle East/Africa. Prior to Kodak, he was President of RedDot Imaging/Agfaphoto where he expanded distribution to 30 countries within 12 months.  Prior to RedDot, he was SVP at General Imaging/ GE wherein he grew the business from $0-$150 Million in 18 months. Over the years, he has held senior management positions at Ricoh, Samsung and ArcSoft. 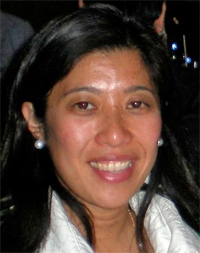 Markets, East Peak Advisors and Pacific Growth Equities; she also has three years in equity research at Hambrecht & Quist. She has served more than 60 clients helping to raise in excess of $2.0 billion. Christina is the co-moderator for this panel discussion. 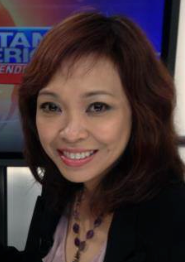 Vivian is the moderator for “Embracing Multicultural Entrepreneurship”, the Executive Director at the San Francisco nonprofit West Bay Pilipino Multi Service Center, and a multi-awarded, Emmy award-winning broadcast journalist who is currently a correspondent for INQUIRER.net. Vivian is also Chairman of the Board of the Global Filipino Network.

The event is scheduled on Friday, February 20th from 2:00 p.m. to 5:00 p.m. at the UC Berkeley Andersen Auditorium, Hass School of Business, 2220 Piedmont Avenue, Berkeley, California.

Registration is now open at http://giw-berkeley.eventbrite.com. Admission is free for Students and for General Admission, donation of any amount is accepted.