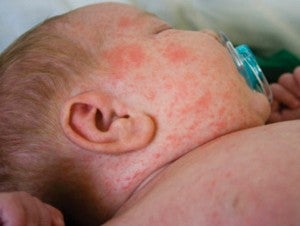 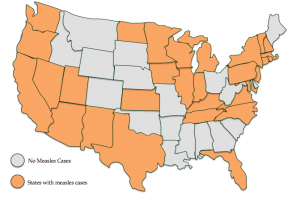 SACRAMENTO, California — State lawmakers proposed legislation February 4 that would require parents to vaccinate all school children unless a child’s health is in danger, joining only two other states with such stringent restrictions.

Parents could no longer cite personal beliefs or religious reasons to send unvaccinated children to private and public schools under a proposal introduced after dozens of people have fallen ill from a measles outbreak that started at Disneyland. Mississippi and West Virginia are the only other states with such strict vaccine rules, though the California bill’s chief author said he would consider including a religious exemption.

“People are starting to realize, ‘I’m vulnerable, my children are vulnerable,’” said Sen. Richard Pan, a Democratic pediatrician from Sacramento. “We should not wait for more children to sicken or die before we act.”

Childhood vaccine has become an emotionally charged topic amid a measles outbreak that has sickened more than 100 people across the U.S. and in Mexico. No deaths have been reported.

Public health officials believe an immunization rate of at least 90 percent is critical to minimizing the potential for a disease outbreak. California’s kindergarteners met that threshold at the start of this school year, according to state statistics: 2.5 percent were exempted because of their parents’ personal beliefs and another half a percent were exempted because of their parent’s religion.

Less than one-fifth of a percent of all students – about 1,000 – had a medical vaccine exemption that would be preserved under the bill.

Pan, who previously served in the Assembly, was the author of another vaccination bill that took effect last year. It requires parents who don’t have their children vaccinated for non-religious reasons to get a note from the doctor’s office before enrolling their children in school.

A spokesman for Gov. Jerry Brown, who signed that bill, did not say if the governor would oppose efforts to end exemptions.

“The Governor believes that vaccinations are profoundly important and a major public health benefit and any bill that reaches his desk will be closely considered,” Spokesman Evan Westrup wrote in an email.

Parents cite a variety of reasons for not immunizing their children: religious values, concerns the shots could cause illness and a belief that allowing children to get sick helps them to build a stronger immune system.

The American Academy of Pediatrics says doctors should bring up the importance of vaccinations during visits but should respect a parent’s wishes unless there’s a significant risk to the child.

Barbara Boxer and Dianne Feinstein called on California’s top health official to reconsider the state’s policy on vaccine exemptions in light of the measles outbreak.

“We believe there should be no such thing as a philosophical or personal belief exemption, since everyone uses public spaces,” the senators wrote in an open letter.