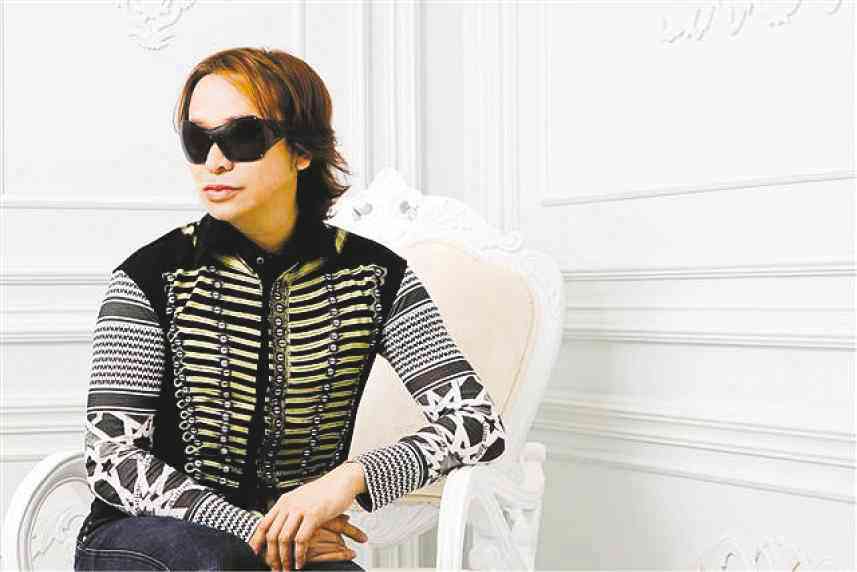 WEAVING fashion and culture into one, Michael Cinco’s creations signal the advent of a new era: The impalpable couture style ushering in the rise of Filipino designers in the international fashion scene.

Emerging from the town of Catbalogan, Samar, the world-renowned stylist’s flair for the fabulous and intricate was kindled by classic Hollywood films he watched during his younger years.

The glamour of Hollywood as worn by Grace Kelly and Audrey Hepburn made a ripple in Cinco’s creative mind. Growing up with artistic genius, he took up Fine Arts in the University of the Philippines Diliman.

Art lover
He pursued his love for art in Slims Fashion and Arts School. Determined to let his talent tide him over toward his dreams, he trained with esteemed designers who gladly took him under their wings. Following this, he decided to work in Dubai in 1997.

His decision to settle in Dubai largely contributed to the development of Cinco’s art. As Dubai is a place of style and fashion,  Cinco landed a job in a fashion house, in which he redesigned its concepts. With his innate talent as a designer, he succeeded to revitalize its designs and introduce trendy ideas.

This achievement is a milestone for him as it was the start of his rise as an internationally recognized designer.

By 2002, he looked for fashion inspiration in Paris and London. In London, Cinco was captivated by its modernity and sophistication. He then decided to study at Central Saint Martins College of Arts and Design.

Own couture house
This cultural intermingling has created an impeccable mix of ideas for Cinco to explore. Bringing all these visions back to Dubai, he established a couture house named Michael Cinco Haute Couture in 2003.

His designs are inventive, intricately designed, and deftly shaped. His use of colors, set side by side with Swarovski crystals, gives his creations a surrealistic quality. Each seam, cut and fold merge to form designs that are contemporary, yet embedded with culture.

Another breakthrough for Cinco’s career was his participation in “America’s Next Top Model (ANTM)”, an award-winning reality show hosted by Tyra Banks. Fellow Filipino, Michael Carandang who was working as a producer in the show, asked him to submit sketches for Tyra’s approval.

ANTM
Cinco submitted and was informed later that he was invited to design dresses from eco-friendly materials. He worked with Nigel Barker, a professional photographer and judge of ANTM.

Cinco’s appearance in the show was shot in a landfill.

He appeared in the show in another episode shot in Greece where the Filipino clothing brand Bench was featured. Local celebrity and international model, Georgina Wilson, also featured in the episode, awed the ANTM staff, making Cinco very proud to be a Filipino.

His ANTM stint gave him the brand of being an eco-couturier. It also earned him high praises from Vogue Magazine’s Andre Leon Talley.

After the establishment of his own couture house, he gained a number of elite followers from the likes of Arab royalties to Hollywood personalities. Different celebrities such as Lady Gaga, Fergie, Paris Hilton, Sofia Vergara and Britney Spears wore his dresses.

The excellence of his designs was once again demonstrated during the 21st Annual Elton John AIDS Foundation’s Oscar Viewing Party. Spears, who was wearing one of Cinco’s gowns, was nominated as one of the Best Dressed celebrities.

Cinco’s genius did not remain unrecognized. Top crystal brand Swarovski gave him the opportunity to join its prestigious fashion occasion, the 7even event. His other achievements include winning the People’s Choice Award in 2010 during the Dubai Fashion Week, having a spot in Ahlan! Hot 100, and being nominated as Best Designer in Grazia Style Awards in 2011. He was also awarded as Breakthrough Designer of the Year at the Global Fashion Awards in 2011.

He does not forget his roots. He takes time to visit the Philippines at least twice a year. Through the Bench Celebrity Scents collection, Cinco launched his own scent—Impalpable. His contributions to the recognition of Filipino couturiers include representing the Philippines in World Fashion Week in New York on November 2011. He also takes part in the Style Origin show at Bonifacio High Street.

Inspiration to fellow Pinoys
With the firm belief that Filipinos are capable of competing globally and gaining international recognition, his story serves as an inspiration to all who aspire to achieve such a feat. He inspires Filipino aspirants to continue doing their craft by participating in the bi-annual Philippine Fashion Week.  Cinco’s achievements prove that impalpable dreams do come true.

In conferring the Pamana ng Pilipino Award to Michael Cinco, President Aquino recognizes his exceptional accomplishment as a noted Filipino fashion designer in the Middle East and the unique creativity of his creations that have been featured and acclaimed on the international fashion scene.