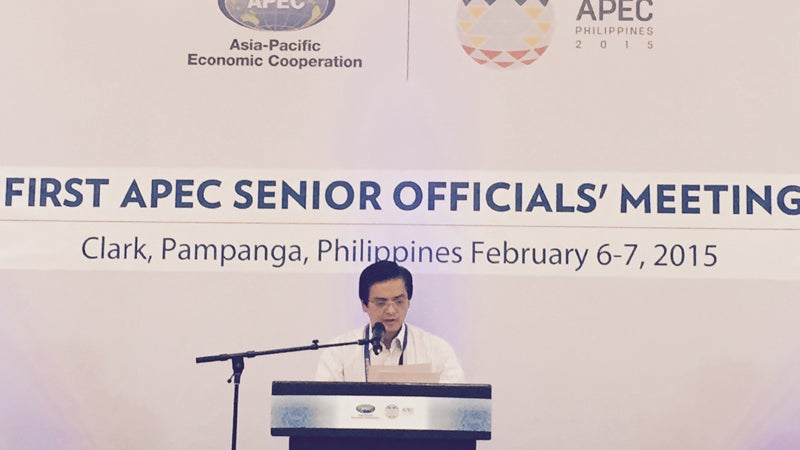 This was the strong call of Foreign Affairs spokesman Charles Jose to the Chinese government after a Chinese vessel rammed three Filipino boats carrying 29 Filipinos at the Panatag or Scarborough shoal on Friday last week.

“We would like China to stop the harassment on our Filipino fishermen,” Jose said Friday at the sidelines of the Asia-Pacific Economic Cooperation (Apec) senior officials’ meeting in Clark, Pampanga.

He said the Department of Foreign Affairs has filed a protest before the Chinese Embassy in Manila, citing that China’s action “endanger the lives of our fishermen.”

According to him, the livelihood of local fishermen was also put at risk after the Chinese vessel rammed boats of fishermen.

The disputed shoals in the West Philippine Sea used to be a free zone, Jose said, until Chinese coast guards and vessels began patrolling in the area.

Reports also said that dredging activities have been undertaken by the Chinese government to further its claim on the disputed maritime area.

Jose said the disputed areas in the West Philippine Sea is still a ‘question of sovereignty” and China should not make actions “that would complicate the situation” unless the issue is resolved.

The Philippines and China have been locked up in a long standing maritime dispute in the West Philippine Sea, prompting the Philippines to file cases before the United Nations (UN) and the International Tribunal on the Law of the Seas (ITLOS) but China has repeatedly refused to acknowledge the moves.