Californians meet call to cut water use by 20 percent 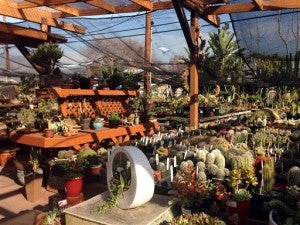 Drought-tolerant gardening is fast becoming a nifty form of home landscaping, as moderate to severe drought conditions and rising water bills have swept across much of the country. In 2014, Gov. Jerry Brown declared California in a drought emergency and asked residents to voluntarily slash water use by 20 percent. (AP Photo/Solvej Schou)

SACRAMENTO, California — State officials reported Tuesday that residents in drought-stricken California met Gov. Jerry Brown’s call to slash water use by 20 percent for the first time in December, when water use fell by 22 percent compared to the same month in 2013.

But officials at the State Water Resources Control Board cautioned that state residents may have been aided by a rainy month in December, which minimized the need to water lawns.

“It reinforces what we thought all along, that the extent of outdoor water use is a huge driver of water conservation and water use,” board Chairwoman Felicia Marcus said.

Brown called on residents to cut water use by 20 percent when he declared a drought emergency last year. The closest Californians previously came to reaching that goal was in August, when water use dropped 11.6 percent compared with the previous year, according to the monthly surveys of water suppliers.

Water officials were only cautiously optimistic, noting that in an otherwise dismal year for water, California’s overall precipitation was 6 inches (15 centimeters) in December compared to 0.5 inches (1.25 centimeters) in 2013.

The new data, however, show some Californians may be getting the message. Per capita water use has been cut in half in the last six months, with Californians using an average of 67 gallons (253 liters) a day per person in December, compared with 140 gallon (530 liters) per person in June.