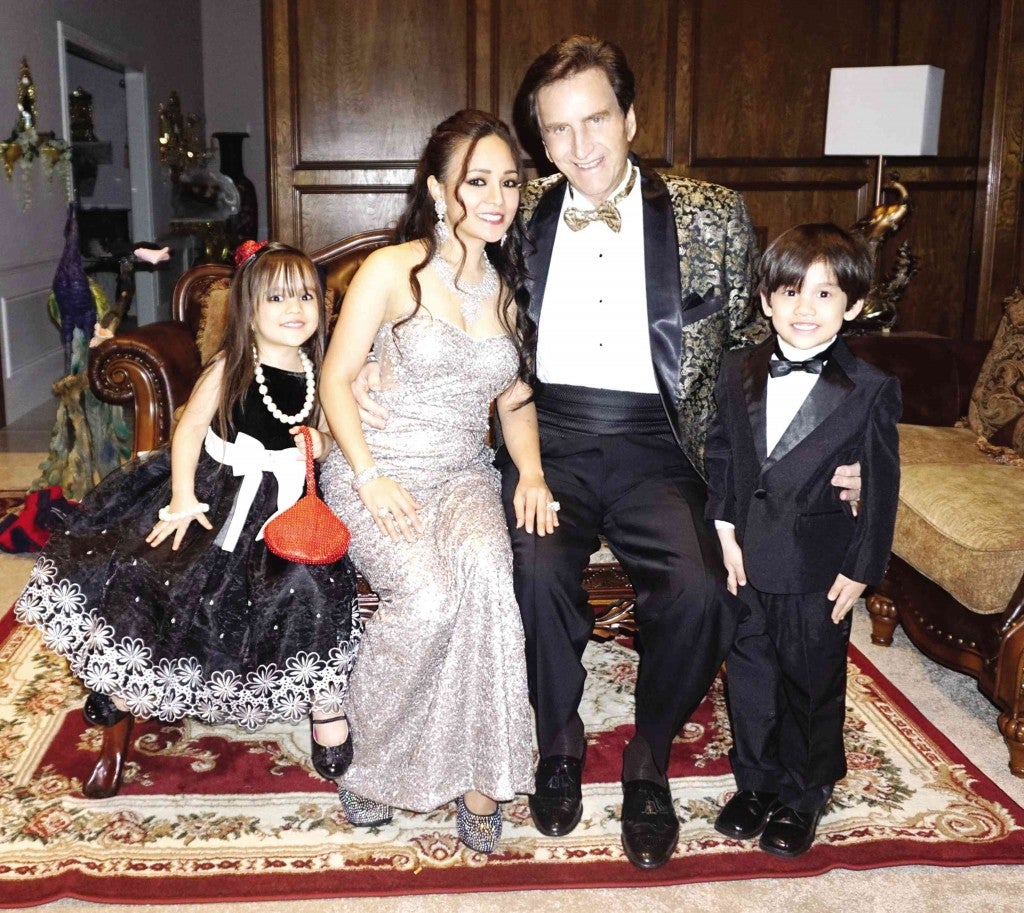 Maria Divina Domingo, 40, married Robert Warmington, 80, a retired American surgeon and a philanthropist, because she felt that compatibility and maturity are needed to have a perfect relationship and age has nothing to do with it.

For Jinky Maat, 40, and Jerry Littlefield, 65, also an American, exchanging “I do’s” nine years ago meant they have to keep their promise to live for richer and for poorer; in sickness and in health.

Maria Divina met her husband in Manila in September 2007 through a common friend. He was looking for a Filipino wife while she was already a successful entrepreneur. She says the only thing missing was to share it with someone.

“It was love at first sight. He is a debonair, with a whiff of fresh air. Most of all he is a devout Christian,” she recalls.

For Jinky, it was not love at first sight, but a relationship that developed overtime. The two met in a dating website in February 2004. She was 30 and working at Intel in the Philippines.

“There’s a big difference between online and traditional dating. I have to be more cautious. If everything will work out just fine, then I’d go for it. He showed (albeit) on the Web, that he deserved me and I deserved him,” Jinky says.

Both Robert and Jerry are divorced and have older children.

In November of the same year, Jerry came to the Philippines to propose. Jinky’s family approved knowing that she always wanted to have a foreign husband.

On April 4, 2006, they were married in a civil ceremony with just a witness and moved to Philadelphia.

Maria Divina’s family, especially her mother disapproved because of the age gap, but relented later, knowing that she would not give up her love.

Robert’s family accepted her as their own. On Oct. 30, 2008, Maria Divina married Robert in Houston, Texas, in a lavish ceremony attended by family members and friends.

Like all marriages, the first years were a period of adjustments. Jinky says that she is sensitive enough to know if there is something wrong.

Her husband respected her and the Filipino culture of strong family ties. She describes being a newlywed and a migrant as like an entry-level job. 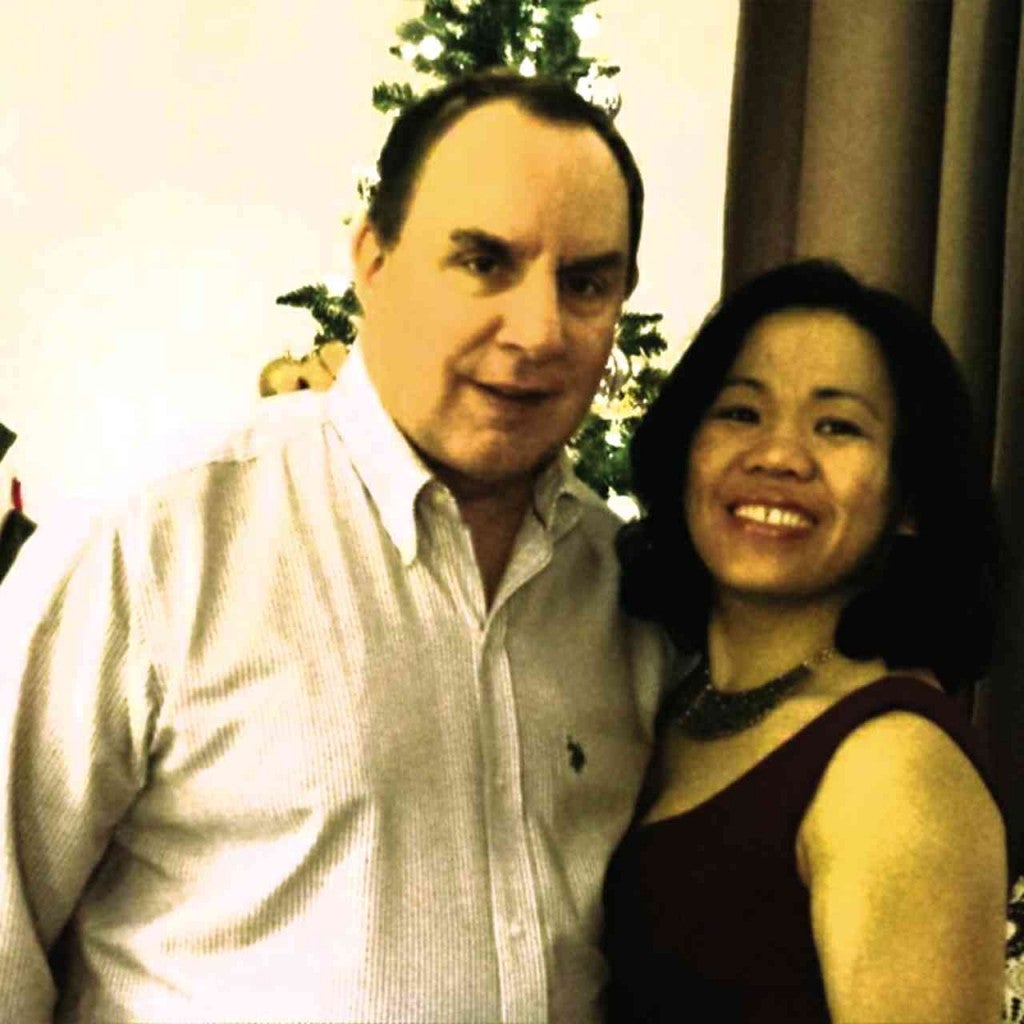 She had to learn the ìAmerican wayî to belong. The value of communication is one of the most important things that she learned in her marriage.

Maria Divina claims that they never argue because both try to understand each other. But her husband was amazed on her being congenial and hospitable, traits Filipinos are known for.

Jinky and Maria Divina agree that giving up independence was quite an adjustment. Now they have to involve their husbands when making decisions.

Despite being married for a time, the Littlefields are childless.

“It wasn’t a choice. But in our situation now, I think it is better that we don’t have a child,” she says.

The Warmingtons had twins born in 2010. Maria Divina is hands-on in raising their children. She manages her own restaurant and RTW businesses both in the US and the Philippines.

“I grew up practically with nannies and maids because my parents are both doctors and workaholics,” Maria Divina recalls her childhood. “So to my kids, I try to balance everything to make them grow independent also.”

For richer, for poorer…

Jerry assured her family that he would take care of Jinky. But by a twist of fate, he lost his job two years after their marriage. In 2013, he was diagnosed with advanced stage of Alzheimer’s and recently with Stage 1 leukemia.

Jinky quit her job in a computer firm to look after him. The couple now relies on his retirement benefits.

With no families to support them, they could end up penniless but this does not discourage her.

“I believe there’s always something good that comes out in every situation. My situation taught me to become a stronger and emotionally mature person,” she says.

Although the Warmingtons are well-off, they also experienced losing in the stock market. Maria Divina says that they adjusted their lifestyle and priorities rather than arguing who made the mistake.

“Death will happen to any one regardless of age. I’m aware that that he is older but keeping him on a healthy diet and lifestyle will surely contribute to a longer life not to mention that it is in his genes that they live long,” says Maria Divina of her husband’s health.

Jinky knows that her husband will soon forget everything. She sums up her marriage with this quote from Wayne Dyer: “With everything that has happened to you, you can either feel sorry for yourself or treat what has happened as a gift. Everything is either an opportunity to grow or an obstacle to keep you from growing. You get to choose.”

“May-December romance has raised countless eyebrows, don’t let it stop you from getting to know an older man or woman you are attracted to. Don’t let age stand in the way. Relationships depend on two people so don’t seek validation from others,” says Maria Divina.