Chief government negotiator Miriam Coronel-Ferrer said the expected signing would be attended by representatives from the Independent Decommissioning Body (IDB), which is made up of experts from such countries as Turkey, Norway and Brunei. 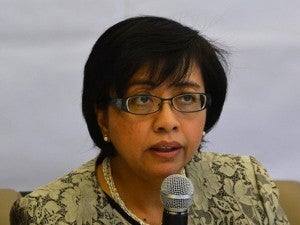 “The signatories of the protocol implementing the (decommissioning) are the panel chairs, the IDB chair and the Malaysian facilitator,” she said.

But she did not say if any discussion on the bloodbath would be held.

Coronel-Ferrer said during the meeting, the two panels would discuss plans for the turnover of the first batch of weapons to the IDB, which was tasked to secure the weapons in a storage area.

These decommissioned weapons, she said, would be kept there and put beyond use.

Under the CAB annex’s on normalization, the decommissioning process will be implemented in four phases.