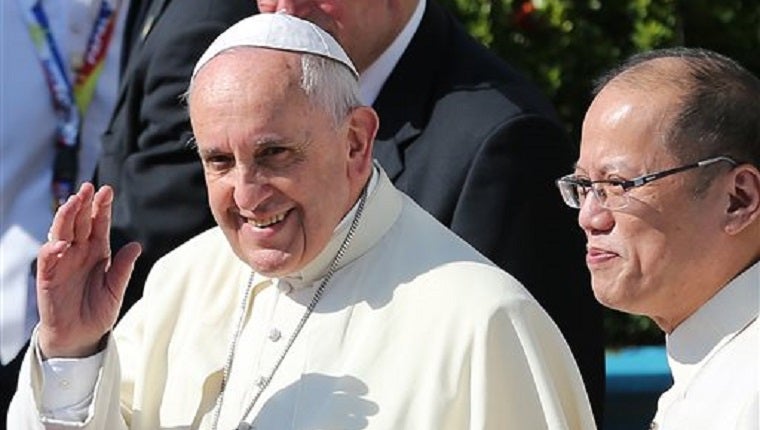 Pope Francis, left, waves to the crowd beside Philippine President Benigno Aquino III before boarding his plane as he departs Manila, Philippines on Monday, Jan. 19, 2015. AP

MANILA, Philippines— The Philippine government confirmed Saturday that it has received unverified information of an assassination plot against Pope Francis during his five-day visit to the country.

“We were able to speak to those in the security establishments on that and I was told that they were aware of that particular piece of unverified information that was passed on,” deputy presidential spokesperson Abigail Valte said on state-run radio dzRB.

Valte, however, said it was not a “confirmed report” citing it was just raw information that was passed on.

Pope Francis visited the Philippines on January 15-19, his second trip to Asia after visiting Sri Lanka.

His Mass at the Quirino Grandstand in Luneta drew a record-breaking crowd of seven million devotees while tens of thousands trooped to the streets of Manila during his motorcade.

Despite the huge turnout of pilgrims, the Philippine National Police recorded no major untoward incidents during the Pope’s visit.