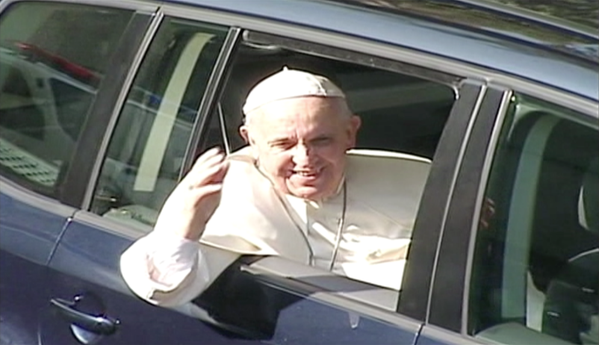 Pope Francis rides the Volkswagen Touran on his way to Malacañang. Photo courtesy of the Official Gazette

MANILA, Philippines—To the disappointment of people who wanted to see a glimpse of him, Pope Francis did not ride the popemobile on his way to Malacañang on Friday.

The charismatic pope traveled from his official residence, the Papal Nunciature in Malate, Manila, riding a Volkswagen Touran to the Palace.

This was because he came to Malacañang primarily as the head of the Vatican City state.

As he is the head of both the Catholic Church and the Vatican City, the Pope is in the Philippine for a pastoral and state visit. People should expect to see the pope riding the “open and more accessible” popemobile or using the “close and more formal” Touran depending on the function he will be attending.

Riding the Touran, however, did not stop the Pope from rolling down his window and waving at the crowd who wanted to see him.

This also explained why on his way to the Manila Cathedral, the Pope was onboard the popemobile.

“May formalities, proseso, at protocol na tinging ko ginalang ng simbahan at pamahaalaan (There are formalities, processes and protocols which I think the Church and the government respected),” Marquez said. 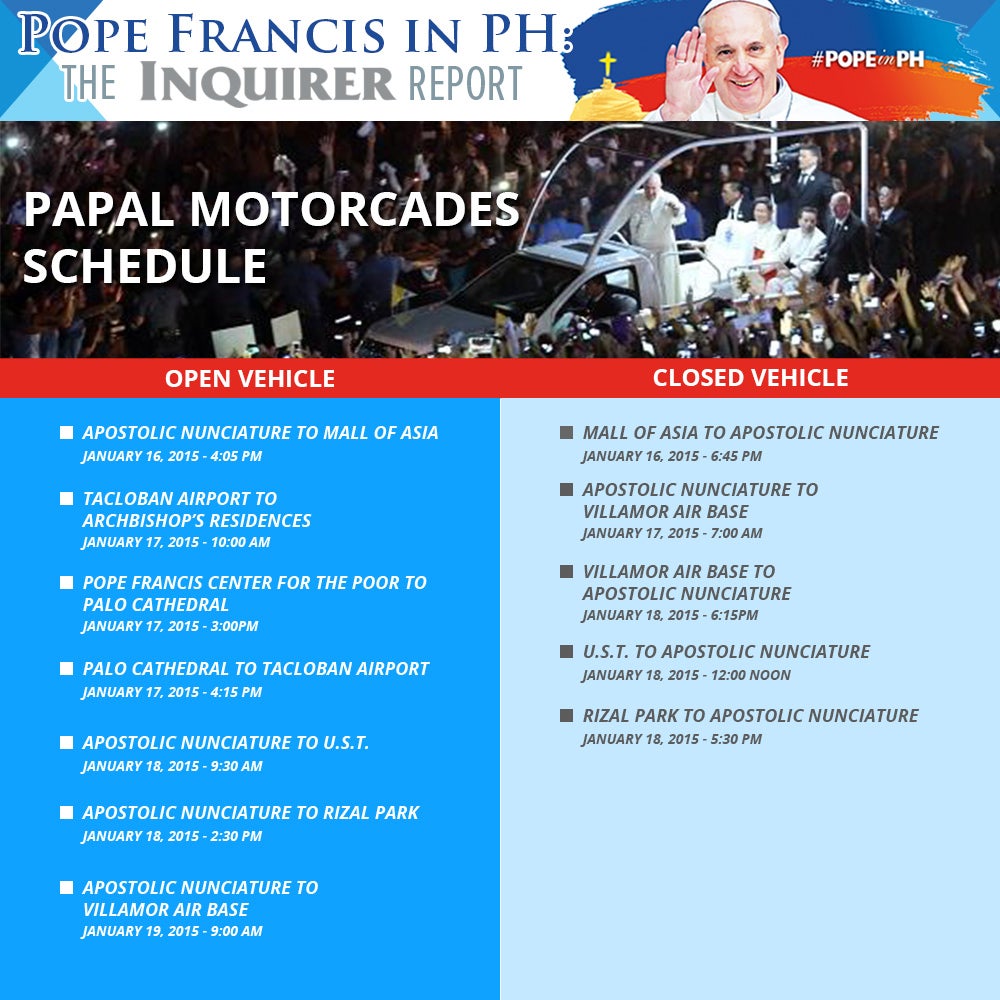